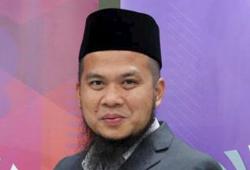 KUALA LUMPUR: The investigation paper on sexual harassment claims involving celebrity preacher Ebit Lew has been completed and referred to the Attorney-General's Chambers.

"We expect to get the decision from the AGC soon.

"We also urge those with additional information on the case to come forward as well to assist the investigation," he said when contacted on Thursday (Dec 30).

On Oct 1, the preacher and his wife were called up by police due to sexual harassment claims against the preacher.

Videos and messages purportedly by the famous preacher had been spreading on Telegram a few months ago.

In the videos a man who resembled the preacher could be seen performing indecent acts on camera.