"In fact, our aspiration to work with the people will continue through a mid-term plan within a period of six months and a long-term plan," the Prime Minister said when launching the 100-Day Malaysian Family Aspiration programme on Thursday (Dec 9).

Ismail Sabri had announced during the unveiling of his Cabinet on Aug 27 that the newly appointed ministers were given 100 days to achieve their performance targets once taking office.

A total of 31 ministries and five agencies under the Prime Minister's Department are required to achieve their targets.

The government, he added, was sensitive with the grouses of the people, including the spike of prices of basic necessities recently.

"To address this, the government has taken immediate measures to control prices, by introducing a maximum price control scheme for basic necessities.

"Jualan Murah Keluarga Malaysia was also introduced at each parliamentary constituency since Dec 4," he added.

The Prime Minister also noted that the government had approved RM262mil as an additional incentive to reduce the pressure and challenges faced by local farmers.

"Taking into consideration of the rakyat's sentiment on what was implemented by the Cabinet members and ministries, each feedback and views given by the rakyat must be listened to and considered to improve performance and government services.

"This is my promise to Keluarga Malaysia," said Ismail Sabri.

PM: Over 190,000 families surveyed to gauge their 'happiness' with government's 100-day performance 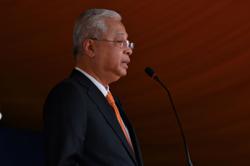 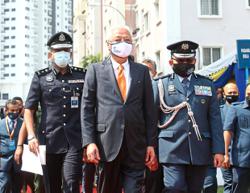