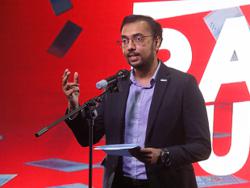 KUCHING: The Sarawak United People’s Party (SUPP) has urged the Election Commission (EC) to quickly clean up the electoral roll.

Its president Datuk Seri Dr Sim Kui Hian claimed there were many deceased locals who were still registered as voters.

He said if this was not addressed by the EC before the general election was called, bumiputra votes in his Batu Kawah constituency would increase to 44%.

In a Facebook post on Wednesday (Dec 8), Dr Sim said that following visits to elderly voters in his Batu Kawah constituency, he found many of the deceased had been registered as new voters.

“In recent visits to these ‘new voters’, I discovered that many of them are no longer with us, although their names are probably on the list, including the oldest aged 106,” said Dr Sim.

He reiterated that the EC must clean up the electoral roll ahead of the general election that is expected to be called next year.

“The EC should quickly clean up the electoral roll they recently announced to empower new voters to participate in the next general election,” said Dr Sim.