Price of chrysanthemum flowers set to go up soon 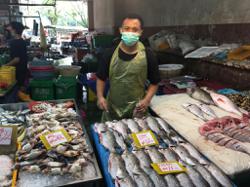 IPOH: The Cameron Highlands Indian Farmers Association will raise the price of chrysanthemum flowers by 10% from Dec 10.

President S. Mathan said the price increase could not be avoided due to the rising cost of materials and labour.

He said 95% of farmers in the highlands plant only chrysanthemum flowers, and the last price increase for these blooms was on June 30 this year.

Mathan said the association members decided to increase the price of two varieties – “chrysanthemum” and “chrysanthemum 225 variant” – by RM1 per bundle, which consists of 12 stalks.

“The costs of fertilisers, raw materials and pesticides have gone up by 200% and 300% this year alone.

“All of our 340 members have agreed to the price increase after a meeting recently,” he said.

However, he said the price increase is not inclusive of transport charges as well as the cost of flower boxes.

Mathan said Cameron Highlands farmers face several challenges, one of which is manpower.

The farmers depend on foreign workers, he said, adding that Malaysians are either not interested in farm work or they demand higher pay for such jobs.

He added that even foreign workers are now asking for higher salaries.

“If we don’t meet their salary expectations, these foreign workers will go elsewhere, although they have hardly worked a year on a farm.”

“They demand that their salaries be increased and is on par with their colleagues who have been working for much longer,” he said.

Mathan hopes the government will come up with a price mechanism to ensure that prices of raw materials and fertilisers do not rise further.

He also appealed for more foreign labour on the farms of Cameron Highlands.