More vaccines on the way

This is on top of the one million doses announced in September, he said.

Saifuddin is here to attend the inaugural meeting of the Malaysia-China High-Level Committee (HLC) on Cooperation in the post-Covid-19 era which convened yesterday.

The meeting was co-chaired by Saifuddin and China’s State Councilor and Minister of Foreign Affairs, Wang Yi.

Saifuddin said both countries had agreed to collaborate in vaccine research and development (R&D) and production.

The collaboration, he said, would fulfil Malaysia’s aspiration to produce its own vaccines as reported in the National Vaccine Development Roadmap recently announced by the Prime Minister.

“Malaysia welcomes prominent vaccine companies from China to set up their production plants, which include data research and R&D centres in the country,” he said in a joint press conference with Wang Yi after the meeting.

Saifuddin also said China was planning to allow international students, including from Malaysia, to return to the country to resume their studies.

He said priority would be given to final year students and those who need to use laboratory facilities for fields of study involving research that could not be done online.

“He stated that they have a list of countries with students studying in China and he informed me that Malaysia is among the top on the list. He did not say when the students can start, but from what he told me, they want the matter to be implemented as soon as possible,” said Saifuddin.

There were about 8,000 Malaysians studying in China but they had to return home when Covid-19 began to spread in the country last year.

Most of them are private students without sponsors, so the ministry will work with the Malaysian alumni.

“Since they have formed a network, I will offer help to facilitate the relationship with Malaysian students who are waiting to return to study in China,” he said.

Saifuddin said the students were pursuing courses such as science and technology, language and traditional medicine.

“Apart from that, there are more than 100 Malaysian students who are still in China,” he said. — Bernama 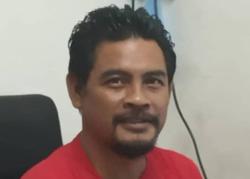