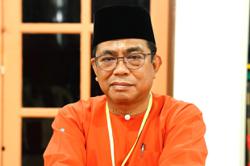 JOHOR BARU: Mentri Besar Datuk Hasni Mohammad has not ruled out redelineating electoral boundaries in Johor following the gazetting of Undi18 and automatic voter registration, which will take effect on Dec 15.

He added that the state assembly recently agreed to the formation of a special committee comprising representatives of each party to look into the matter.

"The Johor government will call for a special state assembly meeting, which will probably be held early next month, as we just concluded the meeting.

"We are looking at amending the Undang-Undang Tubuh Kerajaan Negeri Johor 1895 to incorporate the Federal Government’s gazetting of Undi18 and automatic voter registration," he added.

Hasni said this when met after launching the JohorPay apps and Johor Project Monitoring System (JoMS) at a hotel here on Thursday (Nov 2).

He added that the special committee would study the impact of automatic voter registration within constituencies in the state.

Hasni said among the impacts that the special committee would study were if elected representatives needed a separate allocation to better service his or her constituents.

The Benut assemblyman, who was also Umno state chief, said that in his constituency alone, the number of voters were not more than 20,000 presently, but it could go up following the automatic registration.

“When there are too many voters, it could hamper the elected representatives in doing their duties so I am not ruling out of the possibility redelineating constituencies," he added.

Earlier, Bernama reported that the implementation of Undi18 and automatic voter registration had been gazetted and would take effect on Dec 15.

The matter was stated in a Federal Government Gazette dated Dec 1, published by the Attorney-General's Chambers.

"In exercise of the powers conferred by subsection 1(2) of the Constitution (Amendment) Act 2019 [Act A1603], the Yang di-Pertuan Agong appoints Dec 15, 2021, as the date on which section 3 of the Act comes into operation," read the gazette.

Section 3 of the Constitution (Amendment) Act 2019 states the amendment to set the minimum voting to 18 from the current 21, and allows for automatic voter registration.

The proposed amendments were approved at the second meeting of the second session of the 14th Parliament in July 2019, but were not implemented at the time.

On Sept 7, Minister in the Prime Minister's Department (Parliament and Law), Datuk Seri Dr Wan Junaidi Tuanku Jaafar ordered the Election Commission (EC) to implement Undi18 by Dec 31, to comply with the decision of the Kuching High Court.

Judicial Commissioner Alexander Siew How Wai made the decision after allowing a judicial review application from five youths urging the government to immediately implement the amendments to the Federal Constitution with regard to the second meeting of the second session of the 14th Parliament in July 2019 lowering the voting age from 21 to 18. 19 called to give statements regarding assembly
Clusters rise 313.3% at educational institutions
Teachers in politics draw concern
Mahdzir: Kemas staff involvement in politics an old practice
Hasni in ‘polls position’
Pakatan lines up new strategies to woo new young voters
EC to meet on Feb 9 to set Johor polls date
PROMOTING MALAYSIA’S ENTERPRISES TO THE WORLD
Umno may go solo in polls
Another DAP rep opts out of the polls