KUALA LUMPUR: Will the Sarawak polls still go on despite the threat of the Omicron variant of Covid-19?

This question was raised in the Dewan Rakyat on Wednesday (Dec 1) by Dr Kelvin Yii Lee Wuen (PH-Bandar Kuching).

Yii had asked this when raising an Emergency motion to debate reforms that should be carried out by the Election Commission (EC) before the Sarawak state polls on Dec 18.

"Will the government propose the reintroduction of the Emergency because of a minister's statement saying that the nation will not transition to the endemic phase as experts have raised their concerns about the variant," said Yii.

On Tuesday (Nov 30), Defence Minister Datuk Seri Hishammuddin Hussein said that the nation's transition to the endemic phase of Covid-19 will be put on hold due to uncertainties caused by the Omicron variant.

Hishammuddin, who heads the Covid-19 Quartet Ministers meeting, said this decision was made by the Cabinet.

Earlier, Yii said the Emergency motion under Standing Order 18(1) should be debated in light of the coming Sarawak polls.

He noted that the EC has yet to carry out any reforms of the standard operating procedures to ensure ease and safety during the polls.

Yii said that one of the reforms is to allow absentee voters in Peninsular Malaysia to cast their votes at designated areas here.

He also said that high cost of air plane tickets may also prevent outstation voters from returning to Sarawak to cast their ballots.

"Why were the reforms not carried out by the EC before this. They should now be done as soon as possible," he added.

Dewan Rakyat Speaker Tan Sri Azhar Azizan Harun said he will allow Yii's Emergency motion to be debated as it fulfilled the conditions of being a specific issue of public interest which was urgent.

He said Yii's motion will be raised in Dewan Rakyat's Special Chambers at 2.30pm on Wednesday.

Earlier, Azizan reminded Yii to keep to the text of his proposed Emergency motion after he raised the issue on whether an Emergency would be declared again for Sarawak.

"It was not contained in your proposed Emergency motion which you had submitted.

"You can raise this question to the minister later," he said.

The Sarawak legislative assembly's term was due to expire on June 7 this year, after which the state election must be held within 60 days

However, this was suspended due to the nationwide Emergency which was lifted on Aug 2.

On July 30, the Yang di-Pertuan Agong proclaimed a localised Emergency for Sarawak from Aug 2 to Feb 2 next year to further suspend the state election and contain the spread of Covid-19.

However, the emergency was lifted on Nov 3, paving the way for the polls to be held before Jan 2 next year.

Nomination for the election is on Dec 6 while polling is on Dec 18. 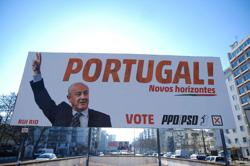