Here you go: Hamzah handing over a mock key to the new Iskandar Puteri police headquarters to Acryl Sani.

JOHOR BARU: The issue of more than 200,000 unemployed foreigners in the country is expected to be resolved by the end of the year via the Labour Recalibration Programme, says the Home Minister.

Datuk Seri Hamzah Zainuddin said priority for job placements would be given to foreigners listed under the programme, and that the government has held talks with several sectors, including the plantation sector, which needs foreign labour.

“The listed foreigners will be given priority on their choice of job sector and we will match them with the relevant companies.

“This will be a faster way, as bringing in new workers from overseas is time consuming and those who are already here would have been fully vaccinated.

“They would also be ready to work within two weeks,” he told reporters after a handing-over ceremony for the Iskandar Puteri police headquarters construction project to Inspector-General of Police Datuk Seri Acryl Sani Abdullah Sani here yesterday.

Hamzah also said his ministry was still studying the proposal of allowing security firms to hire foreigners from Bangladesh, Indonesia and the Philippines, other than just Nepal.

“The current quota for security guards remains at 80% locals and 20% foreigners from Nepal, who must have prior experience in enforcement agencies, be it as ex-policemen or soldiers.

“And once the contracts of the Nepali guards end, we want to look for replacements to fill the quota, not increase the quota, which is commonly misunderstood by the people.

“If possible, we want to prioritise locals for security guard jobs as these positions should be filled by individuals of integrity with knowledge of local law and order,” he added.

Hamzah also said that contractors for government projects should be appointed through proper procedures and channels to prevent delays in completion.

He told the Public Works Department (JKR) not to give out such jobs to those who lobby for projects as they tended to lack the necessary technical and financial ability to complete them according to plan.

He cited the example of the Iskandar Puteri police headquarters which was finally completed after seven years of disruptions due to issues with the previous contractor.

The new police headquarters replaces the old one located at a three-storey shoplot in Taman Nusa Bestari. 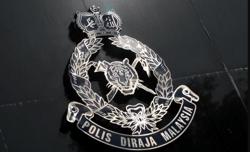