KUALA LUMPUR: As of Saturday (Nov 27), a total of 620,180 adults in Sarawak have received their Covid-19 booster shots, the highest number in the country, says Deputy Health Minister Datuk Dr Noor Azmi Ghazali.

The figure makes up 30.4% of Sarawak's adult population, he added.

Meanwhile, Dr Noor Azmi said, a total of 2,194,849 individuals nationwide have received their booster shots as of Saturday.

This figure makes up 9.4% of Malaysia's 23.4 million adult population, he added.

"Sarawak is the first state to start giving booster shots to eligible residents, on Oct 13," he added in reply to Ahmad Johnie Zawawi (GPS-Igan), who asked about Sarawak's progress in vaccinations against Covid-19.

Dr Noor Azmi also said from Jan 1 till Saturday, there have been 29,809 Covid-19 deaths reported nationwide and unvaccinated individuals are 17.9 times more likely to die from complications compared to those who are inoculated.

Of the deaths, Dr Noor Azmi said only 3,994 cases were fully vaccinated, 5,817 had received a single dose, and 19,998 cases involved those who were unvaccinated. 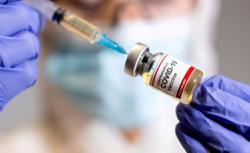