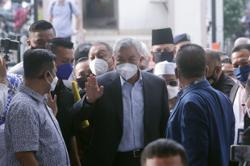 KUALA LUMPUR: The alleged corrupt transactions between individuals, who became key prosecution witnesses, and Datuk Seri Dr Ahmad Zahid Hamidi were open transactions that could be backed up by financial documents, the High Court heard.

Lawyer Hisyam Teh Poh Teik, who represented the Umno president, said none of the witnesses had testified that the monies they gave was a bribe but instead, they had consistently said it was for charity or political donation.

"Witnesses have also agreed that these were open transactions, and there was nothing suspicious about the transactions.

"As far as the manner of payments is concerned, there were no corrupt elements. The prosecution witnesses said they had never bribed the accused," Hisyam said.

The lawyer, who was submitting at the end of the prosecution’s case in Ahmad Zahid’s trial, said the transactions had no elements of secrecy.

“It has all been scrutinised. The cheques could be traced. The transactions were not made in dark or suspicious circumstances,” he added.

The court had heard from a witness during the trial that a sum of RM13mil was a donation to the construction of a mosque and tahfiz school in Bagan Datuk, among others.

“These are star witnesses from the prosecution who had testified under oath and tested by the defence during cross-examination.

“They never wavered. Never did they say ‘this was a bribe to the accused person’,” Hisyam said.

He urged the court to act on the reliable and direct evidence testified by the witnesses.

"The charges against the accused have no legs to stand on. We ask (the court) not to call for the defence of the accused based on the very vague evidence adduced by the prosecution," Hisyam added.

Ahmad Zahid is on trial for a total of 47 charges, 12 of which are for criminal breach of trust (CBT), eight for bribery and 27 for money laundering involving millions of ringgit belonging to YAB. 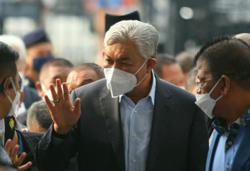 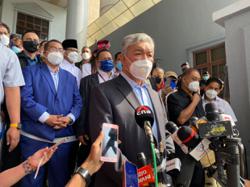