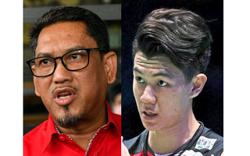 "The cash reward amounting to RM5.22mil has yet to be settled as it involves a large sum which requires approval from the Finance Ministry.

"As such, action will be taken to get it subsequently approved by the Cabinet," he said when wrapping up his ministerial replies on Budget 2022 at the committee stage in the Dewan Rakyat on Monday (Nov 29).

He said the athletes concerned have been informed of this.

He noted that the delay in rewarding the athletes was not something out of the ordinary as it usually took time for the government to settle such payments, especially in the current economic climate.

He also said the allowance incentive for athletes was being processed.

Under the Sports Victory Prize Scheme Incentive, an athlete who wins a gold medal at the Olympics or Paralympics will receive an incentive of RM1mil, followed by RM300,000 for silver and RM100,000 for bronze.

Medallists will also be eligible for a lifetime monthly pension of RM5,000 for gold, RM3,000 for silver and RM2,000 for bronze.

On a separate matter, Ahmad Faizal said youth organisations will have ample time to change their leadership line-up to bring it in line with amendments to cap the youth age limit to 30.

He said that this was because a three-year grace period is provided to allow youth organisations to make the transition from the date the amendments come into force.

The Youth Societies and Youth Development Act (Amendment) 2019 (Act 668) was passed by the Dewan Rakyat in July 2019 to redefine the youth age limit.

Last month, Prime Minister Datuk Seri Ismail Sabri Yaakob said amendments to Article 119 of the Federal Constitution and the Youth Societies and Youth Development Act 2007 would redefine the age range of youths from 15 to 40 years to 15 to 30 years. 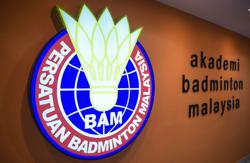