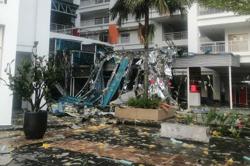 SHAH ALAM: A man, who snatched a handbag from the vehicle of a woman who had hit his car from behind, has been detained.The suspect was arrested to assist in investigations after he lodged a report on the accident at KM14.6 of the Federal Highway, said Shah Alam OCPD Asst Comm Baharudin Mat Taib.

“Investigations showed that the accident, which went viral on social media, occurred at 1.33pm on Saturday and involved three vehicles.

“The woman, who was driving a BMW, accidentally hit a Proton Gen-2 driven by the man, from behind.

“The impact of the collision saw the Gen-2 hitting another vehicle in front,” he said in a statement, adding that no one was injured.

Witnesses or those with information on the accident are urged to contact Shah Alam Traffic Investigation and Enforcement division’s assistant investigating officer Sjn Hafizi Hashim at 013-955 7042.

A video clip showed the man asking for the woman’s MyKad.

The situation became more tense when he was seen grabbing the woman’s handbag from her car.

The woman also claimed that the man had assaulted her.

Meanwhile, nine men have been detained for driving while intoxicated during an operation in Kuala Lumpur.

“They were detained under Section 45(A) of the Road Transport Act 1987,” he said in a statement.

“We also detained a 23-year-old for modifying his motorcycle’s number plates,” he said.

ACP Sarifudin said some 550 summonses were issued for various offences and 11 motorcycles were seized for illegal modifications. 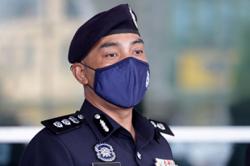