By WANI MUTHIAH and NELSON BENJAMIN

Teamwork: (From left) Mohan, Murugiah and Asojan are ready to work hand in hand with party president to reach greater heights.

Asojan will now take his place along incumbents Datuk T. Mohan and Datuk T. Murugiah, who were retained at the conclusion of the national party elections yesterday.

“The Melaka state election has reinvigorated party members who are all prepared to return the party to what it was not long ago.

“Tan Sri (Vigneswaran) has laid out a strategic plan and the newly elected leaders will work hand in hand with him to revive and rejuvenate the party,’’ said Sivasubramaniam.

When contacted, Vigneswaran confirmed that practically all those he had endorsed for the CWC positions won, except for Banting’s S. Bathumalai, who came in 23rd place.

Sixty persons stepped up to contest the CWC seats, but 12 pulled out later, leaving 48 to fight it out for the 21 positions.

Gunaseelan Rajoo, who came out third in the previous party polls, emerged tops with 11,535 votes.

G. Sivah from the Pagoh division, who was considered the underdog, finished in 15th position.

“Everything was done in a democratic manner and the independent candidate who won is proof of this. The delegates have given him a vehicle to serve the party,” said Vigneswaran, who added that as the party president, he could only appeal to the delegates to vote for his chosen candidates, and not order them to do so.

He added that his CWC team is made up of people from various professions who can spur MIC forward.

Vigneswaran described the race for the vice presidents’ positions as a tough fight, and added that Sivaraajh is still an asset to the party in spite of losing. He obtained only 4,589 votes

Vigneswaran also commended party members for the uneventful election across all the party’s 145 divisions, which concluded without any mud-slinging and strife.

“It was peaceful and trouble-free this round, unlike a few years back when the media was used to discredit people,’’ he added.

Both Vigneswaran and his deputy, Datuk Seri M. Saravanan, who is also Human Resources Minister, retained their posts uncontested. 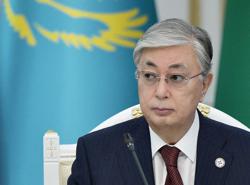