On that date, Judge Datuk Abdul Wahab Mohamed will decide whether the Tronoh assemblyman will be acquitted and discharged, or to call Yong to enter his defence, for allegedly raping his Indonesia maid two years ago.

The date was set after Justice Abdul Wahab heard oral submissions from both the prosecution and defence on Tuesday (Nov 16).

Both parties submitted their written submissions at the end of October.

“I will need time to thoroughly read the evidence notes, documents and submissions before making a decision,” he said.

In proceedings earlier, lead defense counsel Datuk Rajpal Singh said that the prosecution's evidence is based on the victim’s evidence in court stating that Yong had raped her, as well as the medical report stating a fresh tear in her hymen.

“Apart from this evidence, the victim told others about her rape but there is no other evidence to support this fact,” said Rajpal in submissions.

“No forensic evidence, or DNA of the accused or semen were found on her, despite her not taking a bath or changing her clothes after the alleged incident,” he added. Rajpal said that the mixed DNA of two unknown individuals was found on the floor where the alleged incident took place, adding that the DNA did not belong to the accused or his family.

He added that the motive of the victim to make such allegations was because she wanted to go back to Indonesia, as well as a political conspiracy.

“The victim has a tendency of creating stories, as when she first came into the country she claimed to have vomited blood, but the doctor that examined her said no such thing happened,” he said, adding that his client should be acquitted and discharged.

Meanwhile, deputy public prosecutor Azlina Rashdi submitted that the victim had given her reasons as to why she did not inform the accused's wife, son or driver about the rape, as she had been threatened before.

Azlina said the next day after the incident, the victim had called the Indonesian embassy three times to inform them of what had happened to her.

She said that for the issue of the DNA, the experts had stated that it does not necessarily mean that a rape did not take place if no DNA is found.

“The DNA could not be established because it was washed thoroughly or due to temperature issues. The victim had washed her private parts with soap after the incident,” she added.

Azlina said despite the inaccuracy of the timing involving the CCTV footage, the victim was alone at home with the accused when the incident took place.

“The victim is speaking the truth, and her evidence is not a lie. She is a victim of rape as a fresh tear was discovered,” she stated.

On Aug 23, 2019, Yong claimed trial at the Ipoh Sessions Court to a charge of raping his then 23-year-old maid. 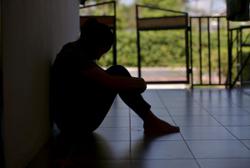