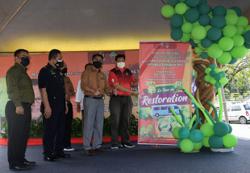 DUNGUN: The Terengganu State Forestry Department has called on more people in the state to register with the Greening Malaysia app to ensure the success of the 100 Million Tree-Planting Campaign 2020-2025.

Its director Roslan Rani said so far, only 58 individuals had registered on the app since the campaign was launched on Jan 5 this year by former prime minister Tan Sri Muhyiddin Yassin.

“In fact, I believe that 30% to 40% of locals have at the very least planted one tree in their homes.

“However, due to lack of media coverage, they may not know how to register and miss the opportunity to participate in the campaign,” he told Bernama after a programme to plant saplings in conjunction with the campaign at Taman Rekreasi Kolam Temusu, Taman Uda Paka, here yesterday.

Roslan added that so far, Terengganu had planted a total of 277,665 saplings of various species including bitangor laut, dungun, tembusu and kapor.

However, he said the number was still low compared to other states such as Sarawak, Sabah, Pahang and Kedah. 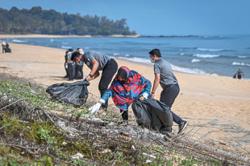 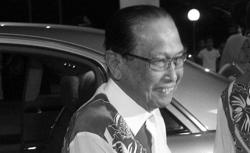