SHAH ALAM (Bernama): Universiti Teknologi Mara (UiTM) has no objection against any of its students standing as election candidates, as it is not against the act of the university.

"Before this, UiTM Act 605 disallowed UiTM staff to be involved in politics but two years ago, the act was amended so we are adhering to it,” she told reporters here on Wednesday (Nov 10).

She was commenting on the involvement of a UiTM student, Farzana Hayani Mohd Nasir, who is the youngest candidate in the Melaka election contesting in the Sungai Rambai state constituency.

Dr Roziah said Farzana Hayani is the first student from the university to be involved as a candidate in the country’s election.

The 21-year-old Melaka Keadilan Srikandi chief is the youngest woman candidate to be fielded by Pakatan Harapan (PH). 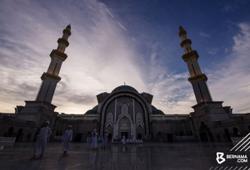