From sir, with love

PETALING JAYA: To make learning in school more intriguing, a teacher brought “nature” into the classroom for his Orang Asli students.

Faiz Shakri decided to build a classroom hut with the help of villagers after he noticed that his students weren’t enthusiastic about going to school.

He said since his idea was a bit out of the ordinary, the staff and teachers were sceptical at first.

“I had to fork out around RM10,000 from my own pocket to bear the cost of building materials, logistics and wages for the villagers.

“It was hard to convince the school at first, so I decided to start on my own and prove to them that the effort would be effective,” the 32-year-old said in an interview.

The results were not disappointing as more students were keen to join his class after the initiative.

Faiz, who teaches English at SK Balar in Gua Musang, Kelantan, said the initiative was inspired by his students.

“They are not only students to me but also teachers. I have learned a lot from them and in return, I wanted to give something back too.

“The mainstream education ecosystem might not be suitable for them due to their different upbringing,” he added.

Faiz named the initiative “Project Kindness” to emphasise the fact that being kind towards one another would lead to change. Following the implementation of his alternative classroom, the English exam passing rate went from 0% to 37.5% for English Comprehension and 12.5% for English Writing.

Aside from the academic performance, the move also contributed to the class attendance rate.

“It is not that the students did not want to learn, it was just the ecosystem and the methods typically used were not customised to their needs.

“How can we expect students who have been growing up in remote areas to catch up with students living in urban areas?” he said.

Faiz said he believes in redefining and transforming the learning experience for Orang Asli students as they should also be provided with equal opportunity in education.

“Some might say that Orang Asli students are lazy for not performing (well) in school.

“But the environment is one of the important factors. The students are not used to the mainstream context as they do not spend their days in an urban area.

“Instead of shifting the blame to the Orang Asli, it is time for us to find ways to transform the education ecosystem and figure out what would work best for the underserved community,” he added.

Faiz, who has been actively involved in teaching underprivileged students, said policymakers should also work with teachers on the ground to address similar issues elsewhere.

“The dropout rate is alarmingly high among the community, but not enough is being done to address this.

“We need policy-led initiatives to reevaluate the issue. One of the ways is by getting input from teachers who work directly with the Orang Asli community,” he added.

Faiz said the reevaluation should include the teaching curriculum and whether the current mainstream education syllabus is suitable for Orang Asli children.

In order to address the issue, he started the alternative classroom and teaching method by integrating local context that his students could relate to.

Faiz said it was hard at first because his students looked upon him as an outsider, making his typical teaching method ineffective. 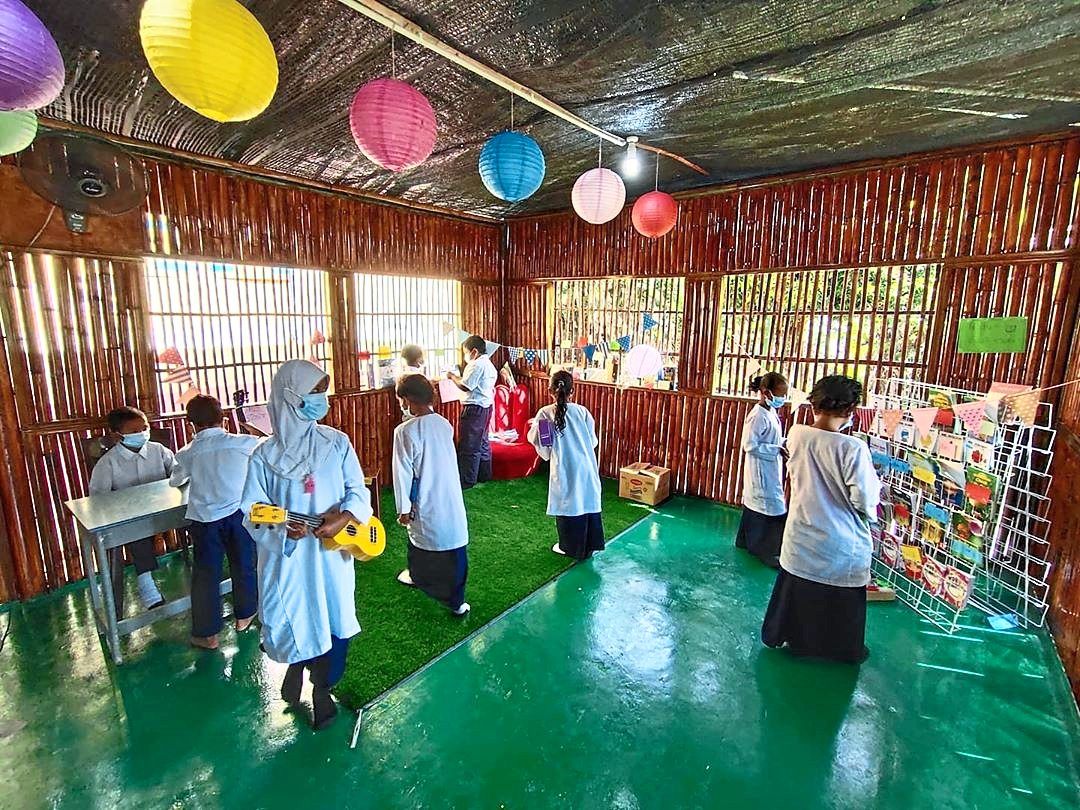 Labour of love: The classroom hut of SK Balar in Gua Musang, Kelantan, made with sustainable items, was built with the help from the villagers.

He said building rapport or a relationship with the students, aged 11 and 12, could help to nurture trust, leading to easier teaching and learning.

“Some of them do not even speak standard Malay and it became a huge challenge for me as a second-language teacher.

“What I did was to try to communicate with them and make sure they could understand what I was teaching,” he added.

“I used simulation and role-playing to introduce them to the working world. From there, I taught them important vocabulary.

“By using experiential learning techniques, Orang Asli kids would not feel dreadful when it comes to studying at school,” Faiz said, adding that he was prepared to guide other teachers facing the same issues in remote areas.

Just as his unique teaching methods started to pick up, the country was hit by the Covid-19 pandemic.

Not discouraged, he continued to find ways to reach out to his students who live in jungle areas around the school.

“These students barely have electronic devices or Internet access. Online teaching is obviously a dead-end for teachers in rural areas,” he said.

Faiz, however, said he is grateful to Teach for Malaysia (TFM) for its Learning Box initiative.

“TFM provides learning materials and we deliver them to our students who mostly live deep in the jungle,” he added.

Moving forward, Faiz said he hopes policymakers could put an end to the education inequality faced by the Orang Asli community.

“The Education Ministry has carried out a number of initiatives, but execution could be better with the involvement of all stakeholders such as teachers and the community,” he said.

For his noble efforts, Faiz is recognised as one of the 10 winners of Star Golden Hearts Award 2021, an annual award that celebrates everyday Malaysian unsung heroes.