KOTA KINABALU: The Sabah Tourism, Culture and Environment Ministry is investigating allegations of sexual harassment and misappropriation of funds against a senior state Wildlife Department veterinarian following claims which surfaced on Facebook.

On Tuesday (Oct 19), the senior veterinarian posted a picture on Facebook where he called three women colleagues a derogatory term, purportedly meant in jest, and he later retracted the post and apologised.

However, a former co-worker who quit in 2019 then started uploading screenshots to back her allegations of continuous improper behaviour by the veterinarian, and further claimed that there was misappropriation of funds in the department at the time.

State Tourism, Culture and Environment Minister Datuk Jafry Ariffin said in a statement on Friday (Oct 22) that the ministry viewed these allegations seriously.

He added that the Wildlife Department had taken action on Thursday (Oct 20) against the senior officer under Sabah Public Officers Regulations No 225 (2) for offences under regulation 209 (2)(a) and 209 (2)(b) for making a written statement with sexual intonation on Facebook.

Jafry, who named the officer in his statement, admitted that the incident had tarnished the good name of the public service.

At the same time, he said they were also looking into the allegation of misappropriation of funds as claimed by the former employee.

A coalition of 38 civil society organisations, in a joint statement, urged the state authorities to look into the claims and take immediate action, expressing concerns that these incidents happened in a government department. 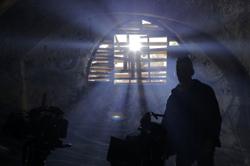