PUTRAJAYA: The passing of fireman Mohd Diya Che Jusoh (pic), who lost consciousness during a flood rescue operation, has brought an outpouring of grief from leaders, including the Prime Minister.

Datuk Seri Ismail Sabri Yaakob said on Facebook that he was informed of the sad news yesterday morning. 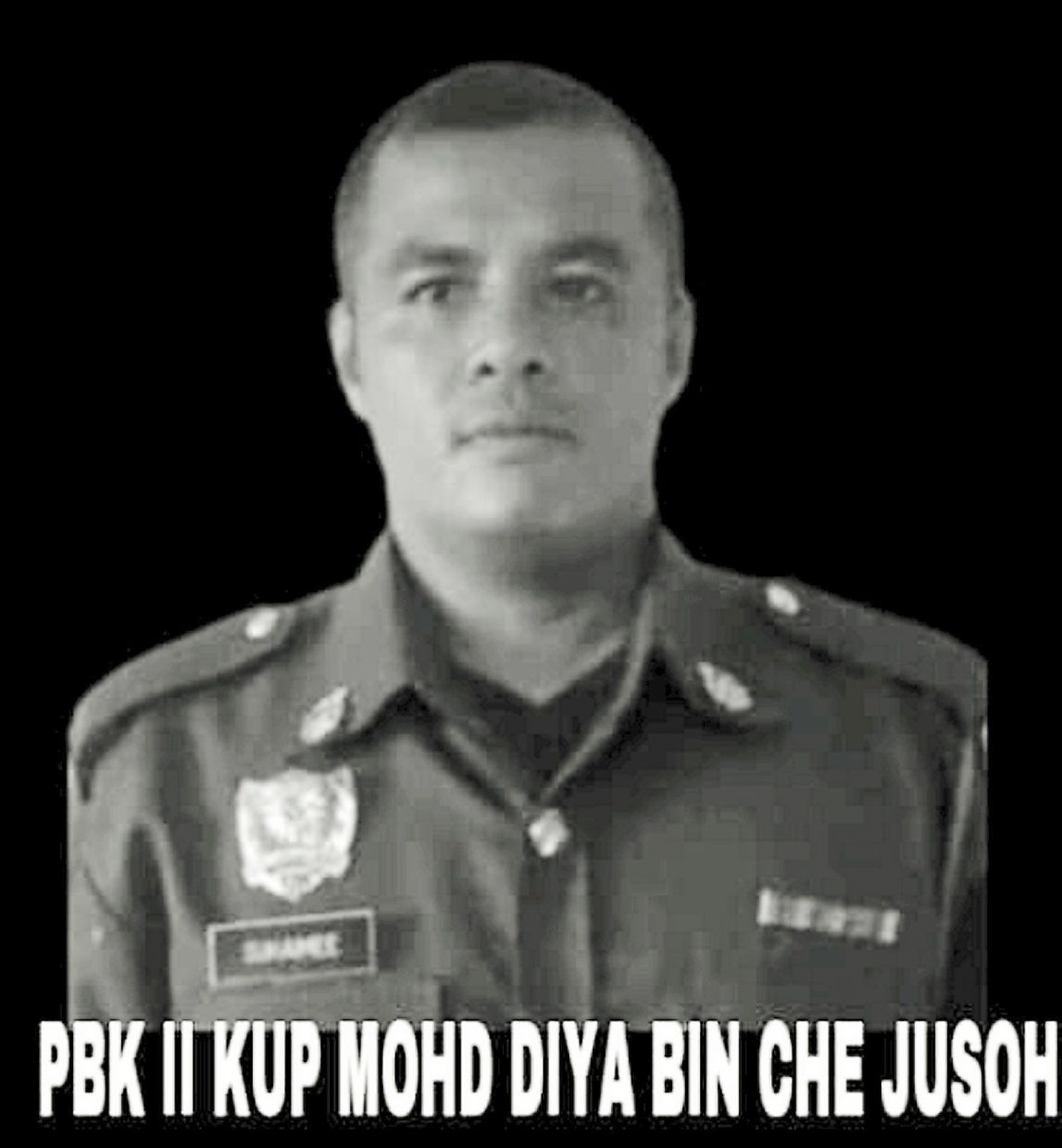 reman, he said, was involved in assisting flood victims in Sungai Putat in Batu Berendam, Melaka, on Wednesday.

“My condolences to Mohd Diya’s family and staff of the Melaka Fire and Rescue Department. I pray that his soul be showered with blessings and placed among the righteous,” he posted.

National Recovery Council chairman Tan Sri Muhyiddin Yassin, who happened to be in Melaka for an engagement session, visited the bereaved family at their Taman Krubong Jaya home.

“I took the opportunity before the dialogue session to visit Mohd Diya’s widow, Noraida Che Nor, and their four children. I believe all Malay-sians are saddened by what had happened.

“I pray that the family be given strength and patience to go through these difficult times,” he said.

Chief Minister Datuk Seri Sulai-man Md Ali said he was saddened by the incident and called Mohd Diya a hero who sacrificed his life to save others.

On Wednesday, Mohd Diya, 46, lost consciousness during a flood rescue operation at Kampung Sungai Putat in Ayer Keroh, Melaka, at about 5.30pm. He died at 3.11am at Hospital Melaka yesterday.

He was part of a team from the Kubu Melaka Tengah station who rushed to the village to rescue 14 flood victims.

It was reported that the firemen on the mission were overwhelmed by undercurrents and this was when Mohd Diya was believed to have lost his balance and swept under before passing out.

He was laid to rest at An-Nur Mosque Muslim cemetery in Krubong.