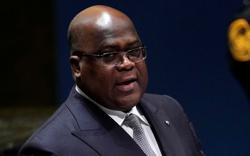 KOTA BHARU (Bernama): A businessman in his thirties suffered a loss of RM191,000 after falling victim to a crypto currency investment scheme scam.

Kelantan police chief, Datuk Shafien Mamat said the victim's girlfriend had proposed that he join the scheme, which promised a daily 1% return based on a pre-determined duration.

"In a span of just one week, the victim had made investment transactions totalling RM242,000 by making payments to four individual accounts to purchase cryptocurrencies for investment purposes through an e-wallet application that is downloaded from the investment website.

"The status of investments of the victim is monitored through the e-wallet application," he said in a media statement here on Friday (Oct 22).

According to Shafien, the case is being investigated under Section 420 of the Penal Code which provides for a jail term of between one to 10 years with whipping and a fine if found guilty. 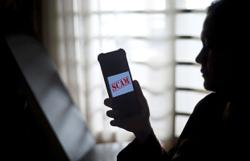 Govt cannot regulate online streaming platforms such as Netflix, says Annuar Musa
Hamzah: Easier and faster for expats to get employment passes under new issuing process
Malaysia-Singapore HSR discussions should restart from scratch, says Johor MB
Price controls for Christmas will be announced earlier than usual, says Nanta
Up to PAS to contest in Sarawak polls, says Bersatu sec-gen
No plans to reduce road tax fee for diesel vehicles
Heated exchange over rise in poultry, food prices
Penang has no plans to control liquor sales in convenient stores
Hamzah: Plantation sector still facing acute shortage of workers
More than four out of five students are back in school for face-to-face lessons, says Radzi