JOHOR BARU: Mersing Umno Youth chief Azmir Zainal Abidin has died at the Sultan Ismail Hospital here at the age of 40 years after being admitted due to high blood pressure.

Azmir leaves behind a wife and two young daughters.

In a Facebook post, Hairi described Azmir as someone who was committed in carrying out his responsibilities.

"His struggles can never be denied as when many left us, he continued to be loyal to and confident in this party," he added.

Azmir’s remains are expected to be buried at Bukit Aliff Muslim cemetery near Tampoi here on Thursday (Oct 21) morning. 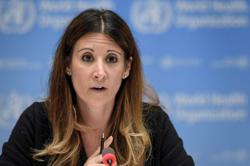