‘Conduct more studies on its implications’ 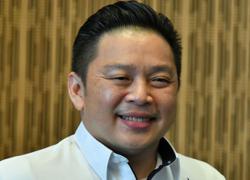 PETALING JAYA: More studies are needed on the implications of legalising medical marijuana in the country, say medical groups.

Malaysian Medical Association president Dr Koh Kar Chai said a study on its implication on society needs to be looked into first.

“Marijuana does have its medical uses and it is legalised in some countries. There have been numerous lobbies for it to be legalised in Malaysia.

“But before we push for it, there has to be a study on its implications on society which goes beyond looking at the medical therapeutic effects,” he said.

“There has to be special training and licensing for the prescribers and dispensers, meaning that policies must govern both doctors and pharmacists who wish to be involved,” he said.

Medical Practitioners Coalition Association of Malaysia president Dr Raj Kumar Maharajah said while there are medicinal values of marijuana, it has to be studied very carefully before deciding to legalise it.

“Who can use it? Who can prescribe it? What cases can it be used for? All these queries have to be determined first for safety,” he said.

“Until we are clear on its purpose – recreational or medicational – as well as evidence to support its use. If there is enough clinical evidence, then it can be considered,” he said.

Dr Zainal said currently, hemp was being used in many countries for medical purposes, but not cannabis.