Abd Jalil said they had received four police reports on the matter so far.

"Of the reports received, two have been classified as no further action.

"These two reports were connected to memorandums handed over urging police to investigate," he said in a statement on Saturday (Oct 16).

He said they had opened two investigation papers (IP) over the remaining police reports lodged.

"We have taken statements from the complainants over the two IPs.

The Pandora Papers are a data leak of some 2.94 terabytes of data, including among others, the opening of offshore accounts involving former and current government and political leaders around the world.

Prime Minister Datuk Seri Ismail Sabri Yaakob was quoted as saying the government would not interfere or stop the authorities from pursuing any case based on the information in the papers.

Ismail Sabri, however, added that there needed to be evidence before action could be taken against those implicated.

Pandora leaks show wealth by stealth around the world 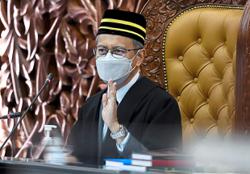