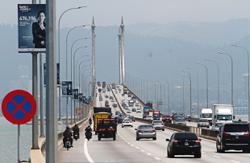 KUCHING: A soldier shot and injured his mother-in-law at Kampung Kolong 1 here before turning the gun on himself on Wednesday (Oct 13).

Padawan OCPD Supt Abang Zainal Abidin Abang Ahmad said police received information about a shooting incident at a house in the village at about 12.45pm.

He said initial investigations showed the suspect, aged 28, came to the house to settle some matters with his wife as they were in the process of divorcing.

"During the discussion, the suspect became angry and took an M4 weapon from his car.

"He fired several shots in the living room and kitchen, hitting his mother-in-law in the left shoulder.

"He then went to the front of the house and shot himself," Supt Abang Zainal Abidin said in a statement, adding that the suspect died at the scene.

He urged the public not to speculate on the case as investigations were still ongoing.

The case is being investigated under Section 307 of the Penal Code for attempted murder. 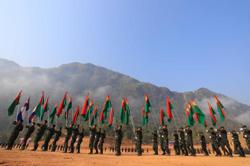