KOTA KINABALU: State wildlife investigators are racing against time to find the key source of the cadmium poisoning that is widely believed to be the cause of many elephant deaths.

“The sooner we can have answers, the better.

“We are still in the process of finding out the sources and how these elephants get the cadmium into their system,” he said when contacted yesterday.

For the first time after years of inconclusive results on the deaths of Borneo pygmy elephants, wildlife conservationists got an indication that cadmium was a possible cause.

The National Poison Centre detected a high level of cadmium in the kidneys and livers of three elephants that died in Sabah recently.

Since Sept 14, five Borneo pygmy elephants were found dead in Kunak and Kinabatangan districts. Three of them died in the last two weeks. 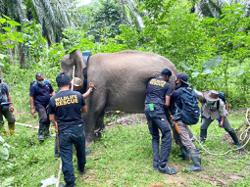