Shahril (left) and Ismail Sabri at the latter's office in Putrajaya

A photograph of the deputy Umno Youth chief meeting Prime Minister Datuk Seri Ismail Sabri Yaakob had made the rounds last night, and the appointment was confirmed in a statement on Umno's official website.

In the statement, which was posted on Tuesday (Oct 12), Shahril thanked Ismail Sabri for his appointment and also expressed his appreciation for Umno president Datuk Seri Dr Ahmad Zahid Hamidi for allowing the appointment.

"I would like to express my utmost appreciation to the Prime Minister for this appointment and to the Umno president for allowing it.

"Insya-Allah, I will carry out my duties to the best of my abilities, Shahril said in the statement.

Shahril is an economics graduate from the University of Manchester, where he studied under a Bank Negara Malaysia scholarship.

His personal website also says he was a strategy and management consultant at McKinsey and Company for three years, and policy officer to Health Minister Khairy Jamaluddin for two years. 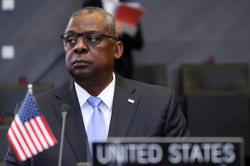