KUALA LUMPUR: Police have refuted claims on social media about a hit-and-run incident near the National Heart Institute (IJN) here.

"A Twitter user had tweeted about an accident involving a motorcycle and car in front of IJN claiming that the car had fled the scene after the collision.

"Our investigations showed that the accident occurred when the motorcyclist failed to control his bike and skidded before hitting the road divider," he said in a statement on Thursday (Oct 7).

He said following the initial collision with the divider, the motorcycle was thrown into the right lane, about 50m away from the victim.

"A grey car then hit the motorcycle.

"The 19-year-old male rider was taken to Kuala Lumpur Hospital for treatment," he said, adding that the car driver has yet to lodge a police report on the accident.

ACP Sarifudin urged the driver to come forward as soon as possible to lodge a police report. 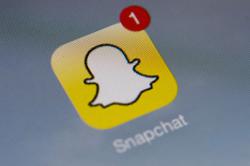