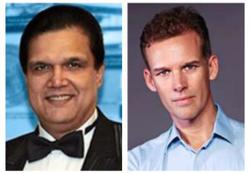 PETALING JAYA: Leonard Glenn Francis, the Malaysian man at the epicentre of the US Navy's worst corruption scandal, has broken his silence in a tell-all podcast for the first time since pleading guilty in 2015 for defrauding the US Navy's Pacific Seventh Fleet of almost US$35mil.

Penang-born Francis, who has been under house arrest for over three years in San Diego, California, spoke to host Tom Wright of how he held the US Navy "in his palm" and could move US Navy ships like "paper ships in the water" as he had top officers in his pocket.

Wright, the co-author of New York Times bestseller Billion Dollar Whale in which he uncovered the story of Malaysian fugitive financier Jho Low, has now moved on to dissect one of the largest national security breaches involving the US Navy in decades featuring Francis in a nine-part Project Brazen podcast titled Fat Leonard.

A 57-year-old Malaysian defence contractor of Scottish, Sri Lankan and Portuguese lineage, Francis had bribed US Navy officers with cash, escorts and luxury items in order to win contracts or get classified information that benefited his firm, the Singapore-based Glenn Defence Marine Asia (GDMA).

Wright said Francis had built a billion dollar business supplying the US Navy with food, fuel and security but also bribed Navy officers with "Michelin-star dinners, Cohiba cigars, US$900 haircuts, luxury hotel stays and prostitute after prostitute in order to win contracts and inflate invoices”.

"He had a flotilla of 180 boats including his own warship, The Braveheart, protected by armed mercenaries which he deployed to keep the US Navy safe.

"US embassies gave him diplomatic cover and he even took part in covert navy missions against al-Qaeda.

"Leonard was also a useful buffer, paying bribes to local authorities and allowing the US Navy to operate effectively.

"With so many Navy officers in his pocket, Leonard was able to move the world's largest warships into ports that he controlled where he could charge more for food, fuel and water as well as protection," said Wright in the first episode of the podcast, which aired on Tuesday noon (Oct 5).

Listeners learnt how Francis' scam was tolerated as he was a trusted intermediary of the navy, paying bribes on their behalf to gain US access to ports and protecting their warships from terrorists.

Francis, or "Fat Leonard" as he is known, for his then over 350 pounds weight, boasted about how he held the US Navy in the palm of his hand, saying, "Everybody was in my pocket. I had them in my palm. I was just rolling them around."

Francis said he wielded so much influence over the commanding officers that he could just say the word and they would "just move the ships for me".

"I'm non-military, I'm just a civilian, I'm not a US citizen and I had that command over all those senior naval officers," said Francis, who served over four years of imprisonment before being moved to house arrest in 2018 after being diagnosed with kidney cancer.

Wright said the fact that a foreigner was so embedded with the US Navy was one of the biggest national security failures in modern US military history as Francis was entrusted with top secret information, ship and submarine schedules as well as the position of ballistic missile defences.

"Perhaps, most extraordinarily of all, he was the keeper of the sexual secrets of some of the Navy's most powerful men and women.

Francis was arrested on fraud and bribery charges in San Diego in September 2013, after federal investigators lured him to the US on the pretext of a business meeting with Navy officials.

In January 2015, Francis pleaded guilty to bribery, conspiracy to commit bribery and conspiracy to defraud the United States, and is currently awaiting sentencing.

He admitted to using his US Navy contacts, including ship captains, to obtain classified information and to defraud the Navy of tens of millions of dollars by steering ships to specific ports in the Pacific and falsifying service charges.

He faces a maximum prison sentence of 25 years and agreed to forfeit US$35mil in personal assets, an amount he admits to overcharging the Navy.

Francis however maintained that he had never spilt anyone's blood or hurt anybody, saying that he never brought any harm to the US and was just doing what was asked of him.

"I just felt very betrayed, to be honest. I've done a lot over the last 30 years supporting hundreds of thousands of ships and marines.

"I never brought any harm to the US. Nobody was killed, nobody was hurt," he said.

Francis however admitted that over the years, he would have accumulated billions in terms of revenue.

Despite the possibility of facing more time in prison due to the podcast, Wright said Francis, who now lives with three children he fathered with two Filipino mistresses, had agreed to be interviewed, although having turned down other journalists before.

"It's a huge risk for me to do what I'm doing but I'm so upset that I'm being portrayed as the bad guy when I only did everything they wanted me to do.

"My legacy is important too. We're all going to die one day. I only fear God, I don't fear anybody else," said Francis.

Wright also unpacked the US Navy's cover-up of the case, which has gone after almost 30 officers, but failed to prosecute admirals whom Francis claimed took gifts and favours.

Scores of other voices, including prominent women who share the broader tale of misogyny and sexual abuse in the US military were also featured.

Besides the US Navy scandal, the podcast also offered a raw look into Francis' dark past, including his tragic childhood which played out against the backdrop of a violent, alcoholic, womanising father and a traumatised, abused mother who ended up fleeing Malaysia with Francis' other siblings.

Left to fend for himself, the young Francis would learn to operate in corrupt ports and hanging out with triads, eventually getting into his first trouble with the authorities back in 1989 when he was sentenced to three years' jail by the Penang High Court, for possession of firearms. 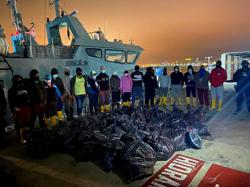