Privileges for fully-vaccinated only is the right move, say businesses 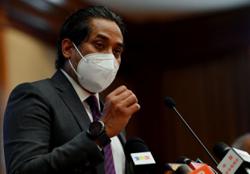 PETALING JAYA: The business community has given the thumbs up to the government’s decision to maintain privileges linked to the economic and social sectors only to the fully vaccinated in all National Recovery Plan (NRP) phases.

They said safety for all is still vital as the Covid-19 threat has not wavered and no one could take their health for granted.

Health Minister Khairy Jamaluddin, in a statement yesterday, said that the Cabinet decided to maintain the decision that only those who have been fully vaccinated are allowed into any facilities, irrespective of the NRP phase they are in.

He said that this was based on the latest developments of phases in the NRP and took into account the dominance of the Delta variant, which accounted for 94.9% of the Covid-19 variants in the country.

“The decision was made after taking into account the safety of the lives of the people, to strengthen the country’s public health system, reopen the economic sector, and to ensure that government efforts to initiate the transition process to the endemic phase are done safely. We are not safe until everyone is safe,” he said in a statement.

Khairy said that individuals who cannot be vaccinated because of health reasons are required to submit health information that has been verified by a medical officer.

Individuals are considered fully vaccinated 14 days after receiving the second dose of the Pfizer, Sinovac, or AstraZeneca vaccines, or 28 days after the single-dose CanSino or Janssen vaccines.

Confusion arose following the National Security Council releasing the standard operating procedures stating that all individuals in phase 3 of the NRP could dine in, regardless of their vaccination status.

However, Khairy said that this wasn’t the case with Senior Minister (Security) Datuk Seri Hishammuddin Hussein later saying that the NSC had been told to update all the regulations and the SOP on this matter.

Khairy had said that the reopening of all the social and economic sectors in the country must be done in a careful and safe manner.

The Federation of Malaysian Business Associations (FMBA) pro-tem chairman Datuk Abdul Malik Abdullah said that it was a good move because it would safeguard the safety of other customers as well.

“It is a good move and only fair to other customers as everybody would feel more comfortable.

“The Health Ministry has said that those who have been vaccinated would usually not get seriously ill.

“So it is very unfair to the people who are not vaccinated to sit with those who have been vaccinated,” he said.

He, however, hoped that the information could trickle down in a better and more professional manner, as there was still a lot of confusion and misunderstanding about the issue.

Malaysian Indian Muslim Restaurant Owners Association (Presma) president Datuk Jawahar Ali Taib Khan said that the fully vaccinated rule had been duly followed by their 12,500 members who have also put up banners and bunting about this.

“It is to be on the safe side. For our part, we only allow those who have been fully vaccinated to dine in, although the others can still take away their food,” he said.

“It is for the best. At least there is some sort of protection with vaccinations,” he said.

Lotus Group chief operating officer Datuk R. Ramalingam Pillai said that it was better for the fully vaccinated requirement to be imposed to better protect their staff.

The group operates 14 cinemas in the country and one restaurant in Petaling Jaya.

Datuk David Gurupatham of Industries Unite, however, said that the government has to decide if vaccinations should be made mandatory or otherwise.

“If on one hand the government says it’s your right not to be vaccinated but on the other hand, if you are not vaccinated, you can’t eat, travel or go the supermarket, then what’s the point?

“If it isn’t mandatory, don’t penalise them,” he said.

David proposed for some form of flexibility to an individual who has a low-risk MySejahtera profile.

He also said there were some areas where vaccinations rates were still low compared to areas such as the Klang Valley.

“It is unfair to those people and it is bad for business as well,” he said.

Khairy, in his statement, had also emphasised that the success of bringing the country out of the pandemic did not only depend on the efforts and strategies of the government, but was also highly dependent on the level of community adherence to the SOP.

“If society takes it easy because of the relaxations, it is not impossible for the situation to become worse,” he said.

Khairy added that focus must also be given to community empowerment, so that they understood their own role to get the country out of the pandemic.

“You are in the front line to protect your family and community from the spread of Covid-19,” he said, adding that there was a need to strengthen public health measures.

“The first line of defence against Covid-19 begins with yourself. The moment you experience symptoms, get tested and if you’re positive, isolate,” he added. 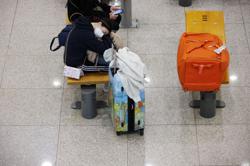