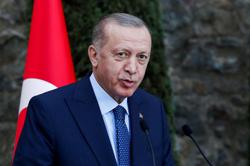 KUALA LUMPUR: A businessman, his relatives and friends have lost around RM12mil after a foreign exchange (forex) scheme they invested in suddenly disappeared along with the middleman, an old friend of the businessman.

A complainant, Eng Keen Nian, said he was approached to invest in the scheme by an old friend by the name of “Lim”.

“We have been friends for more than 10 years, and in 2019 we were having a chat together when he asked me if I was interested in investing with him.

“Since we had been friends for so long, I just transferred RM12,000 to his personal bank account.

“After two months he told me that I had made some profits and I withdrew around RM2,000. It seemed legit so I introduced the scheme to family members and friends,” the 30-year-old businessman told a press conference at the MCA headquarters here yesterday.

He added that the company that operated the scheme was based overseas.

In total, Eng and his contacts invested around RM12mil in the scheme. However, in October 2020, several investors who enquired about withdrawing money from the scheme were met with difficulties.

“My friend assured us that everything was fine, but we couldn’t withdraw our money when we logged into the website. Then a week later, the website disappeared. When we tried to contact my friend’s boss, we were told to deal directly with Lim instead,” Eng said, adding that all money transfers had been done through Lim.

A police report was lodged on Dec 15 last year.

Chong said that about three weeks ago, he managed to contact Lim, who claimed to be overseas.

“I spoke to him and urged him to explain to the investors what had happened. If it was a bad business deal, he should meet all of them and explain properly.

“He told me he would contact his lawyer about it and since then he has been uncontactable,” he added,

Chong said he has instructed his legal team to assist the group of investors.

“If it is a bad investment, people lose money when they do business. But if it is a scam, my lawyer will go all out to get justice,” he said.

In a statement, Ampang Jaya OCPD Asst Comm Mohamad Farouk Eshak confirmed that a report on the case had been made.

“The case was then referred to the Selangor deputy public prosecutor’s office and it has been classified as NFA (no further action) due to insufficient evidence and conflicting statements,” he said. 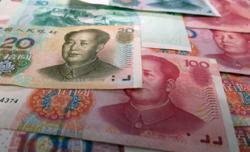