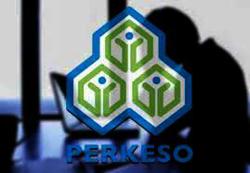 PENDANG: Socso has paid over RM11.19mil in compensation to employees infected with Covid-19 at workplaces involving 15,036 cases as of Sept 18.

Deputy Human Resources Minister Datuk Awang Hashim said of the total, over RM10mil was paid to local workers involving 13,170 cases while more than RM1mil was paid to foreign workers in 1,866 cases.

“More than RM3.5mil was also paid out for the funeral arrangements of local workers who died of Covid-19 in 1,792 cases.

“As for fatalities involving foreign workers, Socso has paid out RM3,500 for the funeral arrangements in two cases,” he said after observing the Covid-19 Immunisation Outreach Programme here yesterday.

The programme, organised jointly by the National Council for Occupational Safety and Health and the Pendang District Health Office, was also attended by Human Resources Minister Datuk Seri M. Saravanan.

On the programme, Awang, who is also the Pendang MP, said it was the ministry’s initiative through the council to raise the vaccination rate among adults in the district.

“We are aware of the fact – as announced by the Health Minister – that the rate for full vaccination among adults in the district is still low at 51.16% or 38,115 people (as of Saturday).

“We are helping to expedite the vaccination process among the residents by going to the villages to help raise the number of registrants as well as awareness on the importance of vaccination,” he said.

“Similar programmes are being planned for several other districts in Kedah. Such efforts will be extended in a bid to speed up the transition (of Kedah) to Phase Two of the National Recovery Plan,” he said. — Bernama 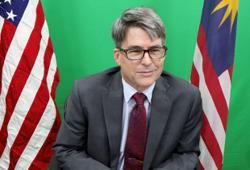 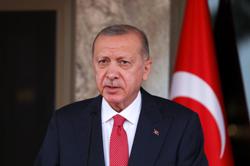 Penang eateries facing dire manpower shortage, hope foreign workers will be allowed back into country
PM: Johor and Terengganu to move to Phase 4 of NRP from Monday (Oct 25)
TV crew member dies after car hits his bicycle in Cyberjaya
Police raids net drugs worth over RM1mil, one suspect nabbed
Khairy: Remember to wear your face masks after eating when dining out
Artisans urged to work with Cendana to market their craft products globally
Zero tolerance to rape petition resurfaces, gathers over 600,000 signatures after actor’s alleged comment on talk show
Up to King when to call for Sarawak polls, says Annuar
Sabah govt probing senior vet over claims of sexual harassment and misuse of funds
Inspection carried out on SMART Tunnel to face inter-monsoon season