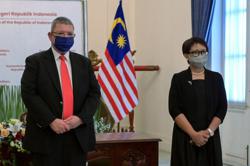 He noted Prime Minister Datuk Seri Ismail Sabri Yaakob’s announcement that state borders would be opened once 90% of the adult population is fully vaccinated.

“As such, I have instructed the Malaysian Armed Forces (MAF) to work closely with the Health Ministry so that we reach the 90% adult population target as soon as possible.

“This includes having more Combat Medic Vaccination teams help the Health Ministry vaccinate the public, including those in rural areas,” he said, after visiting the drive-through vaccination centre at Camp Ulu Tiram here yesterday.

He said the standard operating procedure would be announced once the vaccination target is achieved.

“There are a lot of issues that need to be addressed in relation to the SOP and we have a short period to do the necessary preparations,” he said.

He said that plans to get China’s perspective on the formation of the new security partnership between Australia, the United Kingdom and the United States, known as Aukus, was merely to get China’s views on the matter.

“The Pakatan statement was unfounded as what I said at the Dewan Rakyat was that I was getting China’s opinion; far from taking any instructions from them.

“Our plans to get China’s opinion on Aukus is so that Malaysia and other Asean countries can take proactive measures,” he said.

He said that Malaysia’s strength is its good relations with both China and the United States.

“We are close with both major powers and we have mutual respect for them.

“However, our friendliness does not mean that we would compromise when it comes to our sovereignty,” he said. 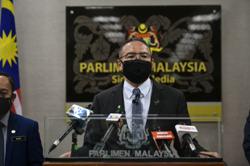 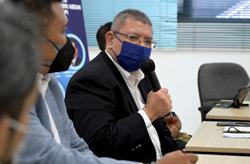