By DAVID TAN and IMRAN HILMY 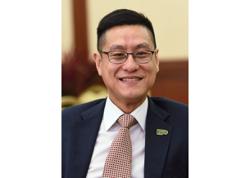 The original plan: The Star’s artist’s rendition of the Undersea Tunnel Project in Penang.

GEORGE TOWN: The Penang government’s controversial undersea tunnel project looks likely to be scrapped for an elevated bridge that would be much less costly in terms of both money and environmental impact.

The mega project has been mired in controversy from the day then chief minister Lim Guan Eng first announced it in 2011, with the local community complaining about the impact on the livelihood of fishermen and possible erosion of the coastline.

And now, a decade later, the 6.5km undersea tunnel project is unlikely to take off as the consortium for the tunnel project has proposed replacing it with a 5km elevated bridge.

“According to our consultant, it is more viable to build a bridge because it is more cost-effective and environmentally friendly than the undersea tunnel.

“Based on preliminary discussions, it is most probably going to be the bridge, but it is still up to the Penang government,” said Tan Sri Dr Khor Eng Chuen, ECK Development group managing director. The group recently acquired a majority stake in Consortium Zenith Construction, the special purpose vehicle that was to undertake the undersea tunnel project.

It is understood that the bridge alternative would cost about RM3bil, half the cost of the RM6.3bil undersea tunnel.

“An undersea tunnel would have to be buried deep beneath the sea. If not, it would hinder the passage of vessels entering the port,” said a source familiar with the project.

“Currently, the navigational channel depth at the Penang Port is about 11m, and it has to be deepened to 15m before big vessels can enter. 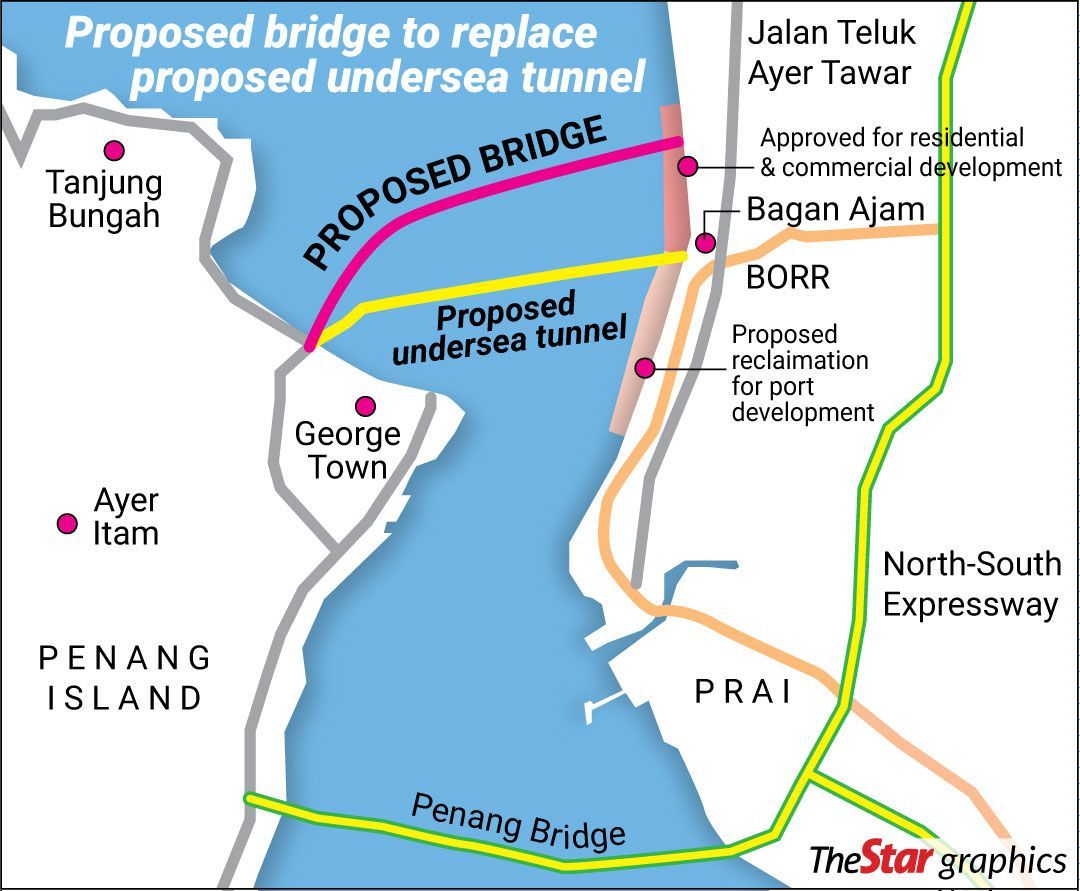 “Under the 10th Malaysia Plan (2011-2015), there was a RM350mil allocation to execute dredging of the sea channel, but that project failed to take off,” added the source.

Real Estate and Housing Developers’ Association (Penang) chairman Tan Hun Beng said: “It is a good idea to put in place a bridge as a third link.

“A bridge will cost less to build, requiring a shorter period to complete. Both a bridge and an undersea tunnel serve the same purpose.

“So, why not opt for a cheaper alternative, especially in times when building material prices have skyrocketed – the price of steel and cement increased recently by 30% to 40%.”

The Penang undersea tunnel is one of the four infrastructure projects under the Penang Transport Master Plan to ease the chronic traffic congestion.

Final decision will depend on feasibility study, says Zairil 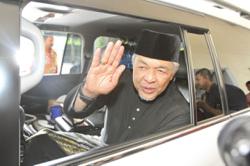