MELAKA: Upon receiving his late wife’s insurance payout, a 91-year-old man from Ujong Pasir made his way to a bank to deposit the RM50,000.

Two days later, he received a call from a person who claimed that the senior citizen had arrears with the Inland Revenue Board and that he was being investigated by the police for fraud. Luckily for the him, his grandson is a friend of state Commercial Crime chief Supt E. Sundra Rajan (pic) who then checked the matter on his behalf.

It was then discovered that the call had been made by a scammer.

But how did the scammer obtain the senior citizen’s banking details?

“How could the elderly man, who had never been approached by fraudsters before this, get a call so soon after he had deposited a big amount of money?” Supt Sundra asked.

He did not rule out the possibility that an inside job led to banking details being leaked to a Macau syndicate.

“It’s not possible that his own relatives had done so. The modus operandi is similar to other cases targeting elderly people,” he said in an interview.

Supt Sundra said the Ujong Pasir case is not the first of its kind as many victims from the same age group have fallen prey to similar cheating methods.

Hence, he said, his team is now widening its scope of investigation to trace those stealing confidential personal details and leaking them to the syndicates.

“Those involved in identity theft probably think that it’s difficult to detect them but we have our own way to nab them,” he said.

Supt Sundra said police can act against the culprits of identity theft under the Personal Data Protection Act which carries a maximum penalty of a RM500,000 fine or up to three years in jail, or both.

He said that 71 cases relating to Macau scams were registered from January until last month in Melaka.

This is a decline compared with the 126 cases during the corresponding period last year.

He said losses incurred by the victims total close to RM11mil in the first nine months of both 2020 and 2021.

Supt Sundra said 79 people were arrested in connection with Macau scams between January and August this year.

During the corresponding period last year, 67 suspects were nabbed.

He also said a total of 71 people were prosecuted for offences under Macau scams within a period of 18 months. 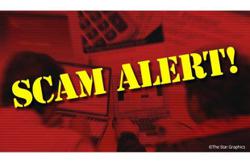