Govt developing token system to help those without smartphones to check in at premises, says KJ KUALA LUMPUR: A token system to enable those without smartphones or to "check-in" at premises is currently being developed by the Science, Technology and Innovation Ministry, says Khairy Jamaluddin.

The Health Minister, who is the former Science, Technology and Innovation minister, said the system is similar to that in Singapore, a wearable token that was first distributed to vulnerable elderly people who don't own smartphones beginning July last year.

"The Science, Technology and Innovation Ministry is currently developing a token system that we can distribute to the elderly who do not own smartphones," he said during his winding-up speech on the Royal Address in Parliament on Thursday (Sept 23).

Khairy was responding to Vivian Wong (PH-Sandakan) who interjected and asked if the government has any plans to tackle the issue, given that there are vulnerable groups who don't own smartphones.

"The token will use a 'Bluetooth proximity technology'," he added.

Known as the TraceTogether token, it can be worn on a lanyard or carried, and its battery can last up to nine months on a single charge.

Singapore's TraceTogether token uses Bluetooth technology and it does not require a smartphone to run. 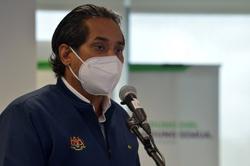 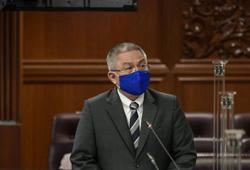