KUALA LUMPUR: Equal allocation will be provided to both government and Opposition MPs over the next four months, says Datuk Mastura Mohd Yazid.

"The Prime Minister is committed towards carrying out Parliamentary reforms.

"Based on this, I wish to announce that for the next four months of this year, beginning September to December, the Prime Minister has agreed to provided equal allocation to all lawmakers, irrespective of whether they are from government or Opposition," the Minister in the Prime Minister's Department in charge of special functions said during her ministerial reply on the motion of thanks on the Royal Address in Dewan Rakyat on Thursday (Sept 23).

Her announcement drew thumps of approval from lawmakers in the House.

She said that allocation will add to what is received above what had been allocated under the government's five-year plan.

She noted that formerly, allocations had differed between government and Opposition MPs based on previous policy and the government's financial ability.

The announcement by Mastura comes in the wake of the signing of a memorandum of understanding between the government and opposition leaders on Sept 13 for a bi-partisan effort towards reforms and stability for the nation. 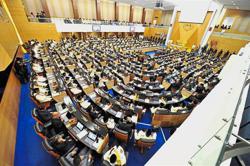 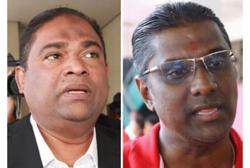