“The suspect was later charged in a Thai court with an immigration offence and subsequently fined,” he said in a statement yesterday.

Comm Abd Jalil said the suspect was also wanted for multiple offences in Malaysia, including criminal intimidation and preventing civil servants from performing their duties.

“We are currently working towards bringing the suspect back to Malaysia,” he added.

Nur Sajat, whose birthname is Muhammad Sajjad Kamaruz Zaman, is wanted by the Selangor Islamic Religious Department for failing to show up in court to answer charges for dressing up as a woman.

The court had issued a warrant of arrest on Feb 23 after the entrepreneur failed to show up for case mention. Since then, she is believed to have fled the country and gone into hiding.

In April, the then inspector-general of police Tan Sri Abdul Hamid Bador urged Nur Sajat to come out of hiding.

He said her apparent decision to flee the country was odd as she was not facing a serious charge.

Abdul Hamid had said police previously succeeded in locating Nur Sajat but could not apprehend her due to challenges such as the existence of hidden passages across the country’s borders.

She was required to attend proceedings at the Ampang Jaya court on July 14.

“The case is being investigated by the Ampang Jaya Commercial Crime Investigation Department under Section 420 of the Penal Code.

“Nur Sajat is being sought as a witness in the case,” police said in a statement then. 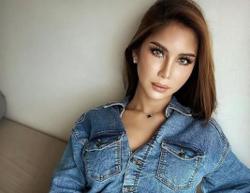