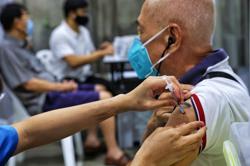 SEPANG: Covid-19 vaccine booster shots should only be prioritised for the high-risk group and the elderly, not healthy people, says Khairy Jamaluddin.

The Health Minister said Malaysia will not recommend that people who are healthy be given booster shots when the country starts administering them.

“Booster shots should only be given to those who should have it. I am young and have no comorbidities, so should I be taking the booster shot? I’ll be taking a (dose) meant for somebody else.

“Boosters are for people who are elderly and immunocompromised. It is not for healthy people, and we will not recommend it for them right now.

“It is only for a certain group of people,” he told a press conference at Kuala Lumpur International Airport (KLIA) on Monday (Sept 20).

The government had announced that it will be giving Covid-19 vaccine booster shots to frontliners and the elderly once the mass immunisation coverage has reached 80% of the adult population nationwide.

Earlier, Khairy observed the process flows for inbound travellers at KLIA, including the health screening process at the terminal.

He was also given a tour of the new private health screening centre at KLIA managed by BP Clinical Lab, where passengers can get Covid-19 test results in a shorter turnaround time.

With Malaysia looking to reopen more sectors, Khairy said the country needs to prepare itself for the arrival of more travellers from abroad.

“In our preparation to reopen safely, we need to find ways to simplify the process flow for inbound travellers. I notice that there are many stations in the procedures which require the filling up of forms, and this can be reduced.

“Today, there was a flight from Qatar which had 94 passengers, so the process flow was manageable. But once we have more air travel, it will lead to congestion. So we need to simplify this,” said Khairy.

He also announced a simpler application process for travellers seeking to undergo home quarantine upon arrival into the country.

Travellers can access the portal https://ecovid19.moh.gov.my/outbreak-portal-hqa from Tuesday (Sept 21). It will replace the email method, which Khairy said has caused a backlog of 6,000 applications. 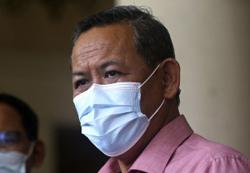