JOHOR BARU: The High Court here has set Nov 7 to decide on whether or not former Johor executive council member Datuk Abd Latif Bandi should defend himself against 37 corruption charges or be acquitted and released.

Judge Datuk Abu Bakar Katar made the decision after hearing arguments from both the prosecution and defence attorneys during appeal procedures, which lasted two days.

On April 21, 2019, the Malaysian Anti-Corruption Commission (MACC) filed an appeal against the Sessions Court's decision that acquitted and released Abd Latif, who is also former Endau assemblyman, from 37 corruption charges as well as charges under the Anti-Money Laundering, Anti-Terrorism Financing, and Proceeds of Unlawful Activities Act 2001 (AMLA) amounting to more than RM30mil back in 2017.

Earlier, in his last argument, Wan Shaharuddin stated that the Sessions Court Judge erred and misinterpreted the law while deciding to free and acquit Abd Latif, the second respondent, and two other respondents in 2019.

"The court did not examine crucial evidence in his decision, including the defence’s explanation in which they conceded that the second respondent had received the money.

"What counts is whether or not the money is a bribe. Even the second respondent did not dispute receiving the funds.

"However, the second respondent stated that the money was a loan from the first respondent (Amir Shariffuddin), but, at the same time, the money came from a housing developer in the state who wanted to lift the bumiputra status on their property, where the second respondent as state housing committee chairman at the time, had the power to approve the status removal," he argued.

It was earlier reported that Abd Latif, Ahmad Fauzan Hatim and Amir Shariffuddin each faced 33 separate charges involving corruption worth RM30.3mil under Section 28(1)(c) of the MACC Act 2009. 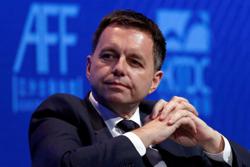