THE government should consider implementing a short “circuit-breaker” to break the chain of infections if there is a new surge of Covid-19 cases in the country, says Datuk Seri Najib Razak (BN-Pekan).

He said Malaysia could no longer afford to enforce a total lockdown that was similar to the second movement control order in January and the third one in May, as businesses were still reeling from the financial repercussions of being inoperable.

“Lockdowns are not a solution. The previous lockdown that began on May 12 (went on for) a long time. How are businesses supposed to survive?

“The chance for us to implement a total lockdown like MCO 1.0 has passed. Furthermore, the chance (to implement a lockdown) was wasted when the government enforced a half-baked MCO 2.0 and MCO 3.0,” he added.

Najib suggested that if hospital bed occupancy rates go above 85% in any state, the government should implement a strict and short “circuit-breaker” of between five and seven days, with a guarantee that it would not be extended.

“The lockdown must not be enforced for months, but we must also be able to keep Covid-19 under control,” he said during his speech during the debate on the motion of thanks on the Royal Address. 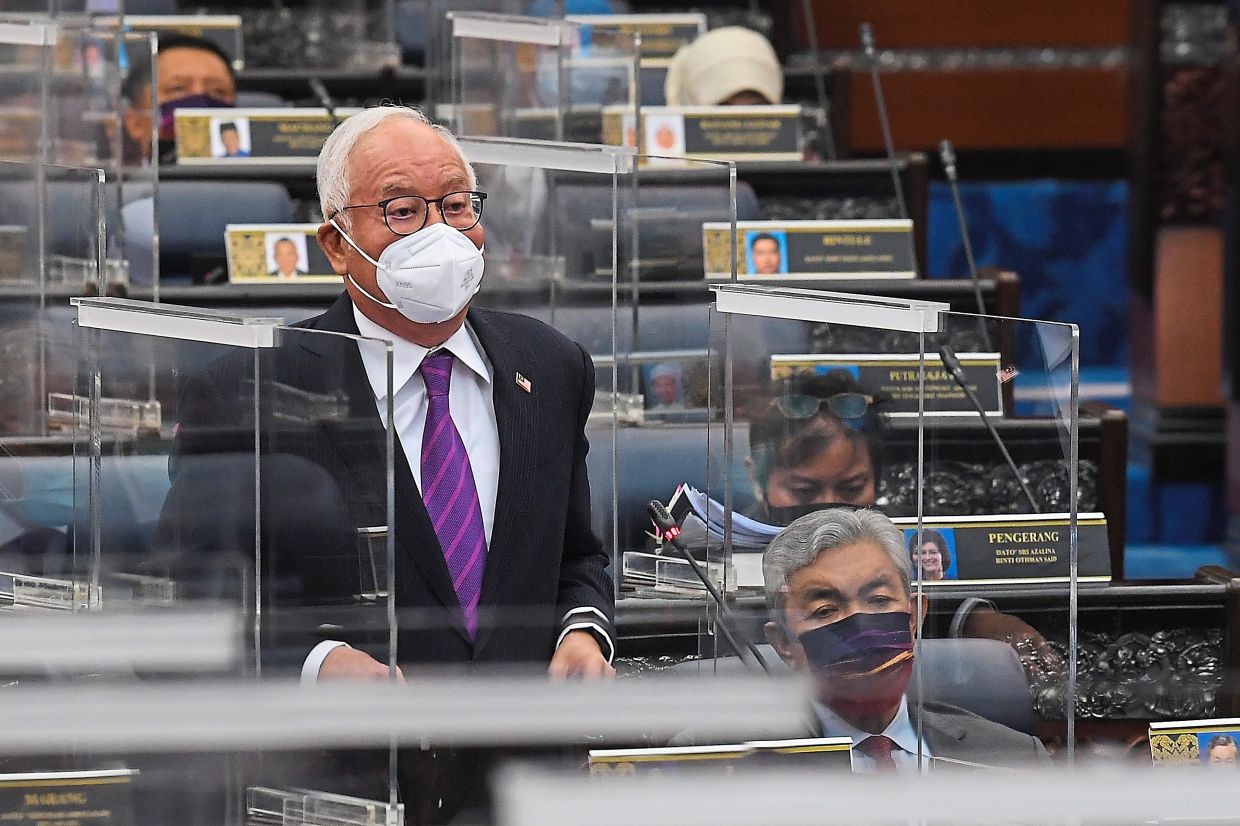 Calling for innovative measures: Najib speaking during the debate on the motion of thanks on the Royal Address at the Parliament Building in Kuala Lumpur. — Bernama

Covid-19 cases had surged to a high of 20,000 cases a day on Aug 5, before it started recording a decline beginning the end of August. As of Tuesday, new cases decreased to 16,073.

Najib also said the government should take more innovative measures in facing the “new normal” to ensure the economy recovers.

“We need to implement visions that are more relevant and speed up infrastructure projects so Malaysians can have an opportunity to earn a higher income,” he said.

“Then we can announce to the world that Malaysia is back. The fact remains that the economy will not recover if Covid-19 is not under control.”

“The earnings of these companies were never taxed. This is a tax on the company, not on its users.

“This isn’t something new as it has been done by Australia and Indonesia, and they were paid by these companies after making demands. Malaysia should do the same too,” he said.

Najib also proposed unvaccinated foreign workers be given a four-month grace period to be inoculated.

“If they aren’t vaccinated, they must be sent back and action must be taken against their employers, including mandatory prison time,” he said.