YAN: The Education Ministry (MOE) has allocated RM2.4mil to carry out repair works at four schools in the district that were badly hit by the floods following the water surge phenomenon on Aug 18, says Senior Minister Datuk Dr Radzi Jidin.

"The allocation of RM2.4mil is to repair damaged facilities and replace assets damaged due to the floods in the Yan district,” he said at a press conference after a visit to SK Haji Nyak Gam here Saturday (Sept 4).

He also told national news agency Bernama that he had informed the state education director to ensure that if the situation needed to be restored, then work should be carried out immediately to enable the schools to reopen so that students could attend school.

In the meantime, Radzi said the school reopening on Oct 3 will be implemented according to phases and methods that will be explained to the public later after the completion of the engagement sessions involving the school management and teachers.

"We are holding engagement sessions, once all is done, we will sit with the Health Ministry based on the views and input we received, from there we will announce the method.

"Everyone is worried about this Oct 3, as if everything will be fully open (by then), (it) is not (so).

"We will explain it one by one. It is a comprehensive plan including the new SOP (standard operating procedure) that we will implement,” he told Bernama.

Umno president Datuk Seri Dr Ahmad Zahid Hamidi was among those who had expressed his concerns on the school reopening.

"This involves the safety of our children and educators. Don't take risks we are unsure of and avoid repeating mistakes of the past," he said in his post. 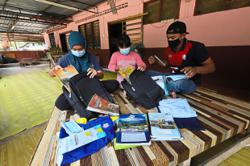 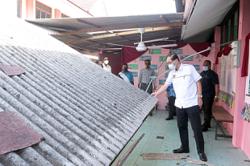