By SHALINI RAVINDRAN and CY LEE 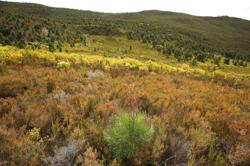 PETALING JAYA: Residents in the Klang Valley were not in a festive mood despite it being a public holiday after they were again hit with another water cut due to odour pollution.

Taman Puncak Jalil resident Bryan Tee said his family was trying so hard to stay home during the pandemic.

“Now, I have to go out and purchase drinking water and bins to store water for washing,” said Tee, who has two young children and elderly parents.

He said if the source of the pollution was found, those responsible must issue a public apology and perform community service.

“We already know that fines are no longer effective in preventing this from happening. The law should compel the polluters to give back something to society for the damage caused.

“Hopefully, those working to solve the disruption are able to quickly rectify the situation,” he added.

Pinggiran USJ 3 resident Kalaiveni Subramaniam, 38, said the disruption threw a spanner into her plan to move into her new home.

“We had initially scheduled Aug 31 and tomorrow to get a cleaning service in for a thorough clean-up of the house.

“But we may have to delay this if there is not going to be water supply. We may also have to push back our plan to move in as we would not be able to stay here,” said Kalaiveni.

Her mother, who lives in the same neighbourhood, is also scrambling to store water before the supply runs out.

“She is trying to store drinking water at the very least. We are not sure how long the water tank supply will last,” said Kalaiveni.

USJ 19 resident T. Arvin is not only upset by the water cut but because it is yet another case of water pollution in Selangor.

“It is time to re-look at the way our factories are discharging their waste so cases like these are a thing of the past instead of a once-in-a-while incident.

“We had a good few months without disruption after numerous cases last year but now, we are reliving it again,” he said.

However, Arvin is better prepared this time with enough water to last his family for at least five days.

Seri Kembangan resident Mandy Teh said she was lucky that she had made it a habit to store water.

“There have been numerous times when we were caught unaware and had to buy bottled water or rely on water tankers.

“For the past few years, I’ve always tried to keep at least a 120-litre bin of water in the back garden, which would last us a few days at least,” she said. 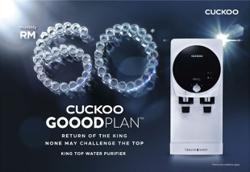