ALOR SETAR: The vaccination programme in Kedah has slowed down because of vaccine shortages and not due to the monsoon season.

He said Kedah’s PPV were delivering fewer than last week’s 30,000 doses a day on account of the vaccine supply.

“But we believe it will pick up and be better next week,” he said.

As for the 24 Covid-19 patients on home quarantine who had to be rescued from Wednesday’s floods, Dr Othman said three of them were now admitted into Hospital Sultan Abdul Halim in Sungai Petani.

The rest were either still in low-risk Covid-19 quarantine and treatment centres or allowed to go home after the floodwaters subsided, he added.

“There are still 14 at the centre in Sungai Petani while the rest have gone home to continue being quarantined under the Home Surveillance Order.

“These are people who are asymptomatic (Category One), plus two cases that were mild (Category Two), who were instructed to stay at home before the floods,” he said.

In a joint statement by the Kedah Civil Defence Force and state disaster management committee, as at noon yesterday, there were four deaths due to the floods and landslides, while two were still missing.

“In the Gunung Jerai landslide, two were injured while one died.

“In Titi Hayun, three died while one is still missing.

“Another victim is still missing in Batu Hampar as well,” they said.

Kedah Mentri Besar Muhammad Sanusi Md Nor announced aid of RM500 for each family affected by the water column – a sudden surge of a large volume of water falling from an otherwise placid mountain stream – in the Yan and Kuala Muda districts.

“This assistance is to help with the replacement of basic household appliances and cleaning.

“We will provide aid of RM5,000 to families of victims who lost their lives.

“Registration of the affected families will be handled by the district offices.

“Based on initial reports, it is believed that 800 homes in Yan and 200 in Kuala Muda were affected,” he said.

Earlier, Yan and Kuala Muda were declared as Level One disaster areas based on instructions from the National Security Council.

On Wednesday, flash floods from a heavy afternoon downpour caused a water column and landslides in Gunung Jerai and three districts.

The water column and landslides trapped 19 employees at The Jerai Hill Resort for a whole day before the roads were cleared and safe enough for them to come down. 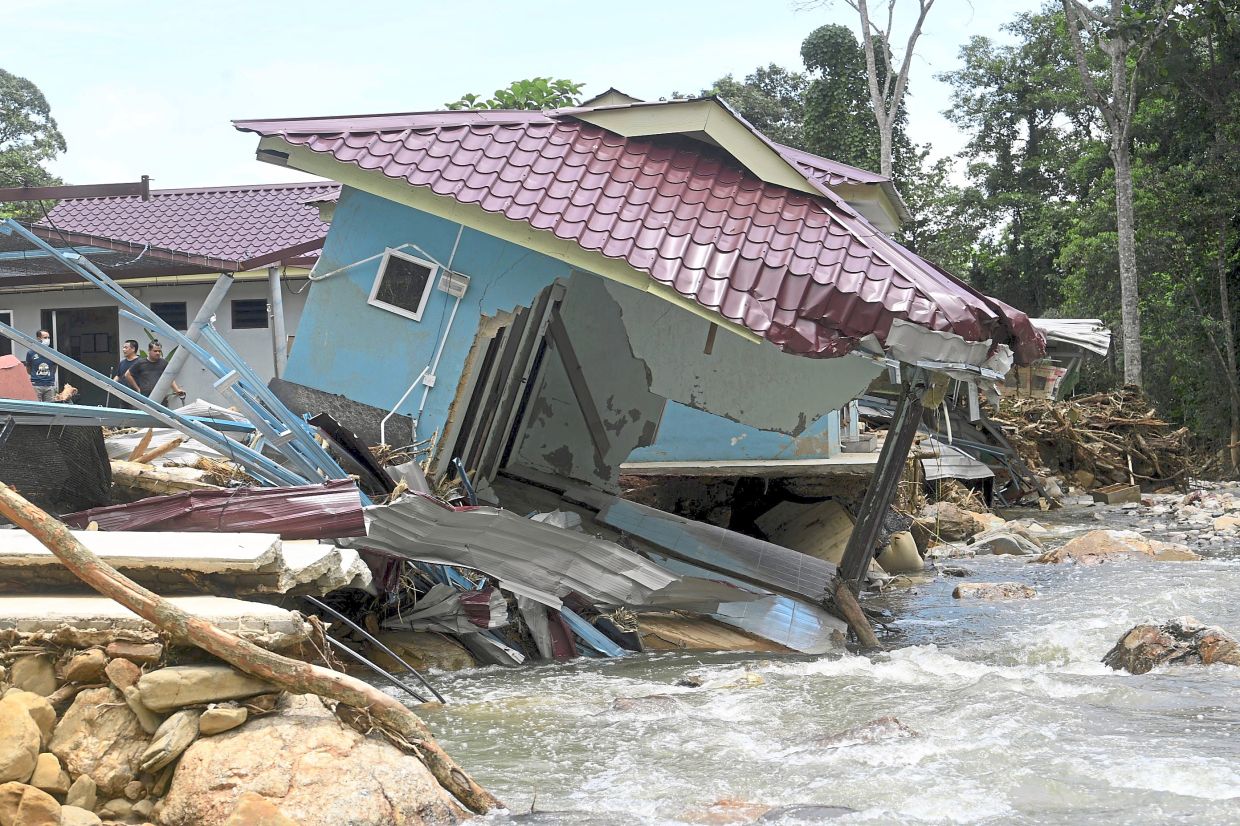 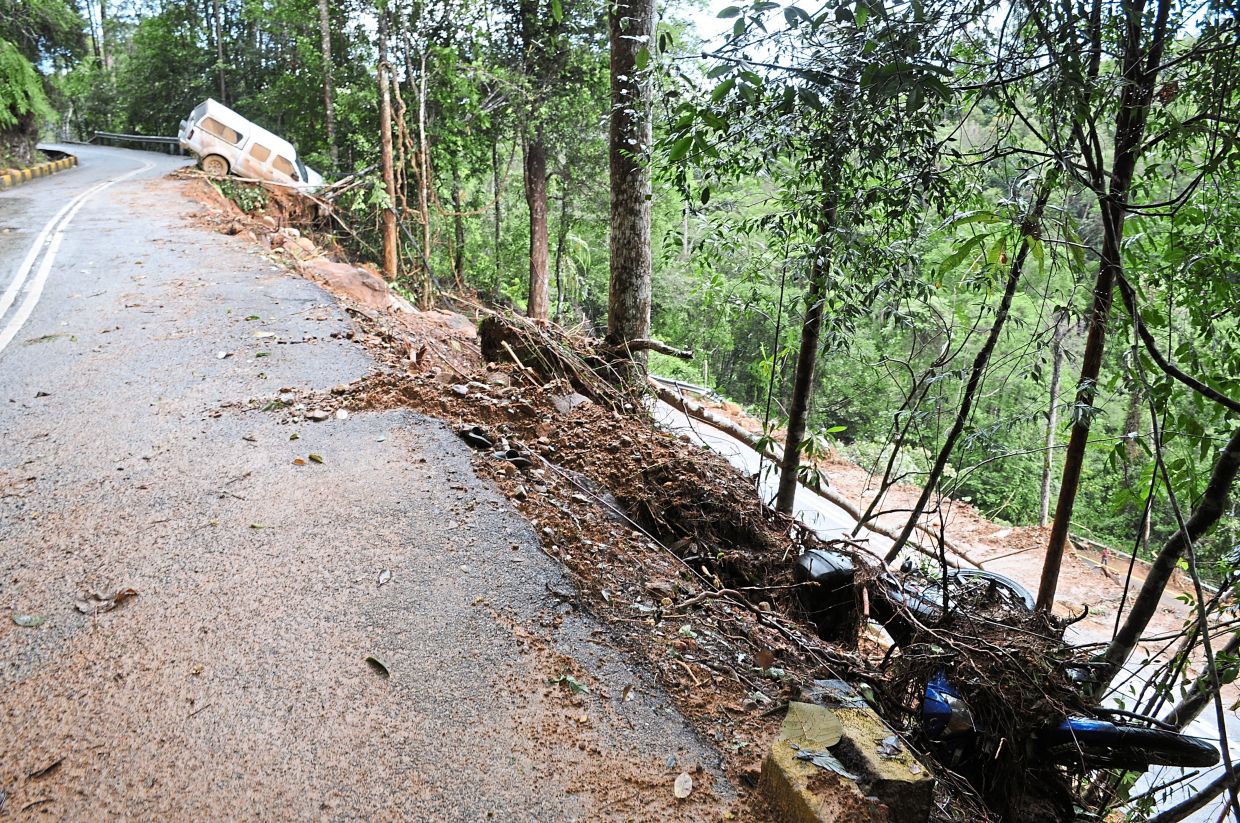 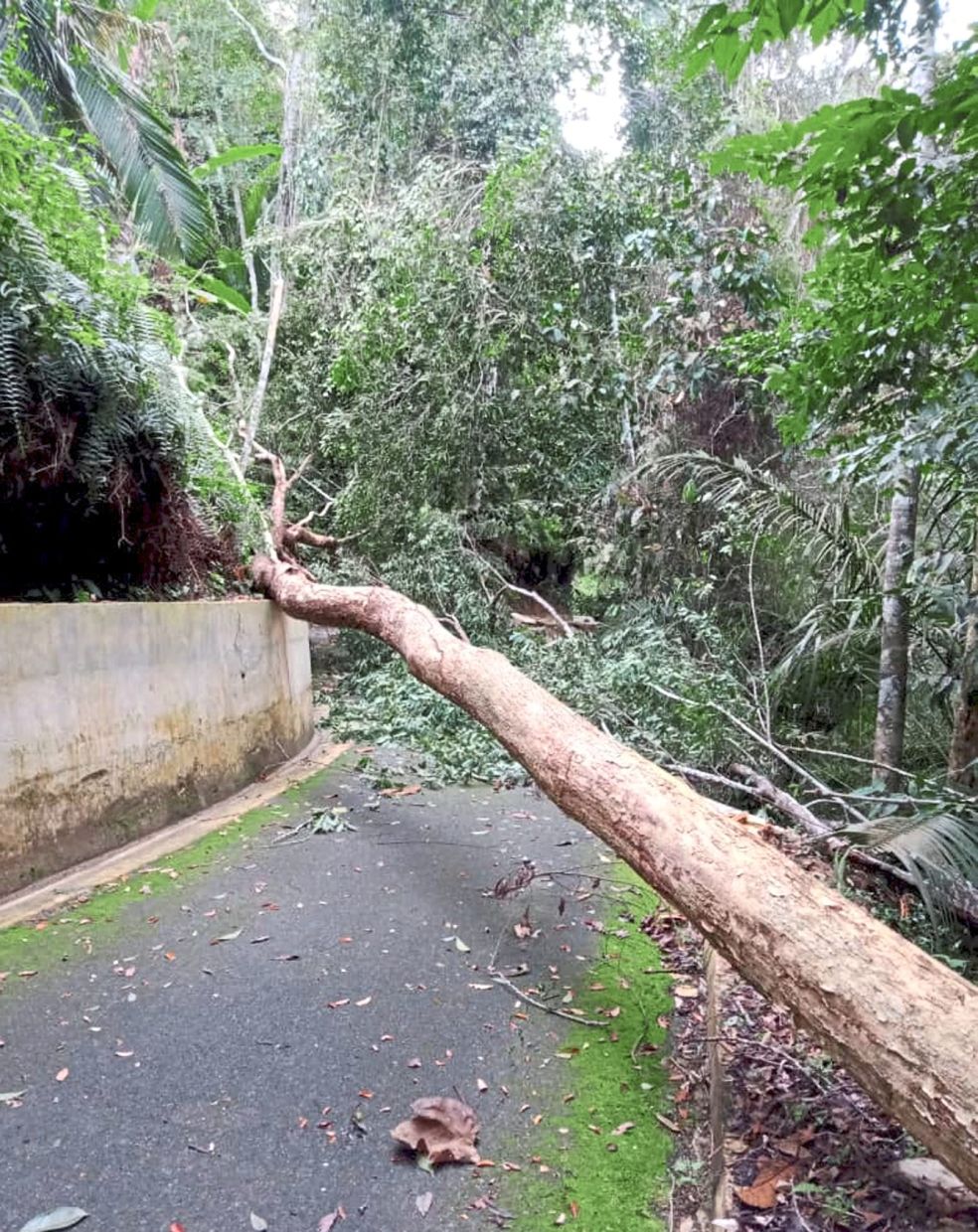 Danger zone: The view at one of the landslide sites along the stretch of road leading to Gunung Jerai. — GC TAN/The Star

Cheating death: The spot where a motorcycle was swept away on the road leading to Gunung Jerai. The motorcycle was being ridden by one of the employees of The Jerai Hill Resort, who was on his way home when the landslide occurred. — GC TAN/The Star.

Some of the fallen trees at Penang Hill due to the heavy downpour.