Compiled by CHOW HOW BAN, JUNAID IBRAHIM and R. ARAVINTHAN

The Canadian-Chinese singer, 30, was detained by Beijing police on July 31 over allegations that he targeted multiple women, including minors, and raped them while they were unconscious and drunk.

According to information gathered from a WeChat account called “Los Angeles Chinese Information Network”, several victims had come forward with the allegations.

A victim in Los Angeles reportedly sought legal aid and claimed that she was invited by Wu’s assistant to attend a party in the city.

“The whole event was very mysterious. Everyone had to hand over their mobile phones. During the party, everyone took turns to sing.

“Some people then took out small white pills. Some of the girls had sex with Wu without being aware of it,” the report said.

> A Singaporean salesman and cycling enthusiast gave his country a special gift for the Aug 9 National Day in the form of a merlion pictorial, Nanyang Siang Pau reported.

The 53-year-old cycled for six and a half hours around the republic and his route, covering a total distance of 77km, formed a picture of a merlion when plotted on a map.

He decided to attempt the feat after a friend shared a reference for the cycling route two months ago.

He began his journey from Yio Chu Kang Road together with his friend at 9pm on Aug 2.

“Actually, the total duration of the cycling journey was only four hours. But at certain points of the route, there were uneven road surfaces and we had to slow down to navigate through small lanes.

“It took a lot of energy and effort to complete the journey at around 4am,” he said.

> China Press reported that Happy, the daughter of Malaysian singer Eric Moo, has released a debut single titled What Is It About You.In a posting on her Weibo account, she said: “After much preparation, I can finally share my work with all of you!”

The single was composed by Happy and co-written with veteran Singaporean musician Tan Kah Beng, who collaborated with Moo for decades during his illustrious career.

Happy’s first EP is expected to be released at the end of this month. 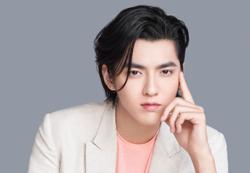