KUALA LUMPUR (Bernama): The Kuala Lumpur Hospital (HKL) has denied claims that a Covid-19 patient who was declared dead was found alive at the burial site.

The Communications and Multimedia Ministry Quick Response Team in a statement on Monday (Aug 2) night said, no such incident occurred, as shared widely recently.

"The public is advised not to believe such fabrications and stop spreading inaccurate information that could cause confusion and anxiety among the community," the statement said.

Earlier, social media was abuzz with rumours that a Covid-19 patient who was confirmed dead by an Intensive Care physician, was found still alive at the burial ground and was subsequently taken back to HKL for treatment.- Bernama 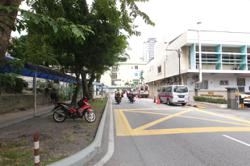