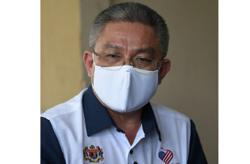 A MEMBER of Parliament has demanded answers from Health Minister Dr Adham Baba over why several medical officers were questioned by the police till the wee hours of the morning for participating in a nationwide protest on Monday.

Lembah Pantai MP Fahmi Fadzil said the questioning of the medical officers came despite Dr Adham telling the Parliament on July 27 that no disciplinary action would be taken against contract medical staff who participated in the nationwide walkout.

It was reported that 12 medical staffers were questioned by the police at MAEPS, Serdang, till the early hours of July 28.

However, the police clarified that they were there to investigate reports that six pressmen were trespassing at the MAEPS Covid-19 quarantine centre.

Fahmi accused Dr Adham of misleading the House and said he will be filing a motion to cite the Tenggara MP to the Rights and Privileges Committee. He added that it was a serious matter as it gave an impression that action would not be taken against the contract doctors.

Fahmi added that if it was true that media personnel were investigated, Communications and Multimedia Minister Datuk Saifuddin Abdullah should give an explanation. 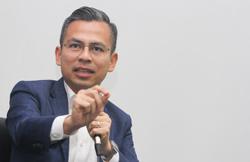