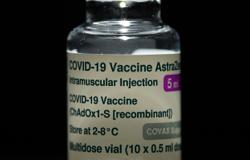 The Science, Technology and Innovation Minister said in Parliament on Wednesday (July 28) that a total of 2,313 vaccination centres (PPV) of various sizes and capacities are in operation as of July 22.

He also said that 23.88 million vaccine doses have been received by Malaysia as of July 26

Of that total, the Klang Valley area of Selangor, Kuala Lumpur, Putrajaya have received 9.09 million doses, he added.

Khairy added that 418,800 vaccine doses have also been received by the Malaysian Armed Forces so far.

He added that Malaysia was currently in talks with other countries such as United Kingdom and Saudi Arabia who have expressed their intention to contribute vaccine doses to Malaysia.