PETALING JAYA: Opposition lawmakers have urged the government to drop disciplinary actions and police investigations against contract doctors who participated in the nationwide walkout on Monday (July 26).

“For all it’s worth, I implore the Perikatan Nasional government to not punish or take any disciplinary actions against all the doctors involved in the contract doctors strike.

“They’re exercising their democractic rights in a civil way. It is their last resort.

“Don’t treat them like PPE especially amid this pandemic, whereby they will be thrown away just like PPE gowns once they are used,” Dzulkefly (PH-Kuala Selangor) said in his speech in Parliament on Tuesday (July 27).

On accusations that he did not take any action to help contract doctors when he was the health minister under the Pakatan Harapan government, Dzulkefly said that the reform agenda he started while in power was interrupted when Perikatan took over in March 2020.

He said that in 2019 when he was the minister in charge, the reform agenda of the Health Advisory Council had planned to raise the salary of contract medical officers from grade UD41 to UD43.

“We have been consistent in raising this issue. I ask the Health Minister to take note of this matter,” said Dzulkefly, referring to Health Minister Datuk Seri Dr Adham Baba who had earlier delivered a speech on the pandemic response plan.

“Shouldn’t these contract doctors be given encouragement instead,” he said.

Nik Nazmi Nik Ahmad (PH-Setiawangsa) urged Dr Adham to state his stance on the issues raised by the contract doctors and also on the investigations against them.

Datuk Abdullah Sani Abdul Hamid (PH-Kapar) said that instead of appreciating the frontliners, the government is taking disciplinary actions against them although they have been crucial in serving the nation amid the Covid-19 pandemic.

“They must be appreciated and no action should be taken against them,” he said.

Akmal Nasrullah Mohd Nasir (PH-Johor Baru) pointed out that of the 52,000 doctors serving under the Health Ministry, 23,000 were holding contract positions.

“It is clear that these young doctors are not being cared for by the government,” he said.

Kasthuri Patto (PH-Batu Kawan) highlighted that besides facing police harassment, doctors participating in the peaceful assembly on Monday (July 26) had also been given a show cause letter by the Hospital Tengku Ampuan Rahimah Klang director.

The “Hartal Doktor Kontrak” (Contract Doctor Hartal) involved medical officers on contract and included pharmaceutical officers and dental officers who are asking for permanent positions in the public service under the Health Ministry.

Many states had contract doctors walking out from 11am yesterday.

The Hartal protesters later returned to their duties after their demonstration. 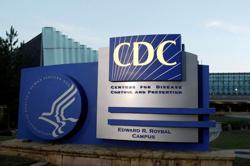