KUALA LUMPUR: It did not take long for emotions to run high during the special parliamentary sitting on Monday (July 26), with an MP calling for the Speaker's resignation for not bringing the proclamation of the Emergency to Parliament.

Ramkarpal Singh (pic) (PH – Bukit Gelugor) asked why the proclamation of Emergency was not brought before Parliament and called Datuk Azhar Azizan Harun a "government lapdog" as he claimed the Speaker had received instructions to block the agenda from being brought before the House.

"You have disgraced this House. You are not fit to sit in that chair," he said.

Azhar then told Ramkarpal to take back his comment.

Ramkarpal continued to press Azhar to answer his question.

"I want to know why the proclamation of Emergency was not brought to Parliament and if you received any instructions to block it.

"If that is your agenda, (please) resign or we will submit a motion for you to relinquish your seat," he said.

Azhar attempted to answer the question but both sides interrupted with heated exchanges about the technicalities of the special sitting.

He managed to explain that the sitting comes under Standing Order 11(3), before more shouts of disagreement echoed in the Dewan.

Azhar then appeared to lose his temper over the interruptions and reminded the MPs that they had to listen quietly when he was talking.

"The rules apply across the board. Don't just follow them when it serves you," he said.

Azhar then said he disagreed with the allegations hurled at him and called for the meeting to continue as planned. 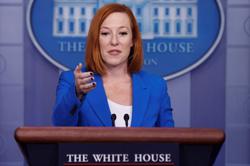