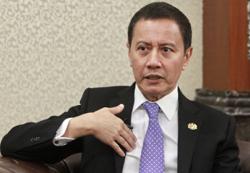 KOTA KINABALU: Fifty-five MPs are asking to be given full-time functions in Parliamentary special select committees and make use of their combined experience.

The 55 MPs, comprising backbenchers from both the Opposition and the ruling administration, also called for 13 new select committees to be formed so that all ministries can be effectively scrutinised and each MP to be part of one.

"All parliamentarians should be able to participate effectively in the national law-making and policy-making process.

"While ministers and deputy ministers run the country full time, other parliamentarians must also be allowed to function to scrutinise the government," they said in a statement.

They said when the Parliament is not sitting to pass laws or debating policies, MPs must be allowed to perform their legislative oversight duty through select committees.

"With focusing on one ministerial portfolio, select committees can meet frequently throughout the year to investigate issues and conduct hearings of relevant citizens, civil society groups, businesses and civil servants," they said.

"Out of the 220 existing parliamentarians, after excluding two deputy speakers and 64 ministers, minister-level envoys or deputy ministers, we have 154 government backbenchers and Opposition lawmakers who can sit on committees.

"Select committees currently can have only seven MPs each.

As Parliament sits for an average of 70 days a year – even in pre-Covid-19 years (2000-2019) – the group said that they would be denied opportunities to provide legislative oversight on the Executive for eight out of 12 months (this year).

They said the years of cumulative experience they have were not being put to use.

"Why are we paid RM16,000 in allowances a month but not allowed to represent the people to improve governance all year long?" the group asked. 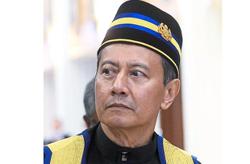 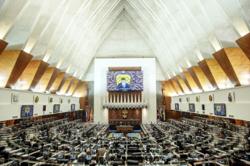